To Paraphrase Michael Corleone, What Better Consigliore Could I Have Had?

To Paraphrase Michael Corleone, What Better Consigliore Could I Have Had?
Penny Press 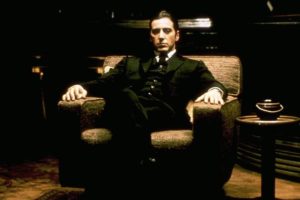 The reason for that is my late father, Philip Weinberg.

He always taught by example, led from the front and encouraged me to act a little like Howard Cosell, telling it like it is and letting the chips fall where they may. So if you wonder why I don’t spout anybody’s party line except my own, it is because he taught me how valuable independence can be.

Included in that lesson was also doing the right thing no matter who you anger.

The older you get, the more that you realize Father’s Day may not just be a ploy by the greeting card manufacturers to sell more cards and retailers to sell more stuff but should just be taken at face value as an opportunity to thank and honor the man who raised you.

This Sunday will be the seventh Father’s Day since his death and those lessons he taught become clearer with every passing year. (Also becoming clearer is that getting old is not for sissies.)

Unlike the late Tim Russert I can never imagine calling my father, “Big Phil”. But he was.

Philip Weinberg’s public title on the day he died in 2012 was Professor Emeritus at Bradley University.

The title barely began to cover his career and his public life.

But growing up in his shadow gave me a perspective on life that many people, for many reasons, will never get.

He rarely lectured my sisters and me. His example was usually enough. He continuously taught by example that this is the United States of America and any little boy or girl could grow up to be President, or publish a newspaper, run a radio network or swing any bat you’re big enough to want to pick up.

He was the living embodiment of the concept that ordinary people can do extraordinary things by simply putting one foot in front of the other and moving forward. If that were all he taught me in 60 years, it would have been plenty. But he also taught me that when you do get where you want to go, grace and humility can take you even farther. And, trust me, that’s a difficult lesson to learn no matter who is trying to teach it.

It is possible—although I’m not sure he would have admitted it—that he learned some or all of these things as he was raising his children and that the Phil Weinberg when he left us was as much the product of having raised three children as those children are the product of having been raised by him and my mother.  It also occurs to me in hindsight that much of what he taught us was as difficult for him to implement as it was for us.

Kids don’t come with operating manuals and my father was an engineer by training. But the lessons he taught—intentionally or otherwise—have become so valuable that I can only hope that I’m capable of passing at least some of them on to my own millennial stepchildren.

As valuable as the lessons, are the memories. I vividly remember standing outside an apartment complex in Brooklyn with him telling me, “Son, there used to be a baseball stadium here and a real baseball team played there.” He never acknowledged that the Dodgers had moved to LA and abandoned Ebbets Field.  And, given the choice between the Dodgers and the Angels when I owned a Las Vegas radio station, I chose the Angels because he would have been horrified had I consorted with dem bums…

I remember him showing me my first mainframe computer in the early 1960s and his precise explanation of how the monster IBM System 360 worked.

I remember coming home one Friday in 1963 to the death of John Kennedy and his explanation that the country is bigger than just one man and things would be just fine because that is the genius of this nation’s founders. And I also remember the summer trips we were able to take so he could graphically illustrate exactly how big this nation is.

He might have missed a few little league games (I never got past the minors in the Richwoods Little League anyway) but he never missed a crisis. You could tell when something was relatively unimportant—he wouldn’t hesitate to yell at you. But when the chips were down, there was nobody you would rather have covering your back. Until almost the day he died, he was the first call I and my sisters made when there was a problem. However difficult the problem was, his calm analysis was always dead on and his advice and support were invaluable.

In the immortal words of Michael Corleone, “what better consigliore can I have than my father?”