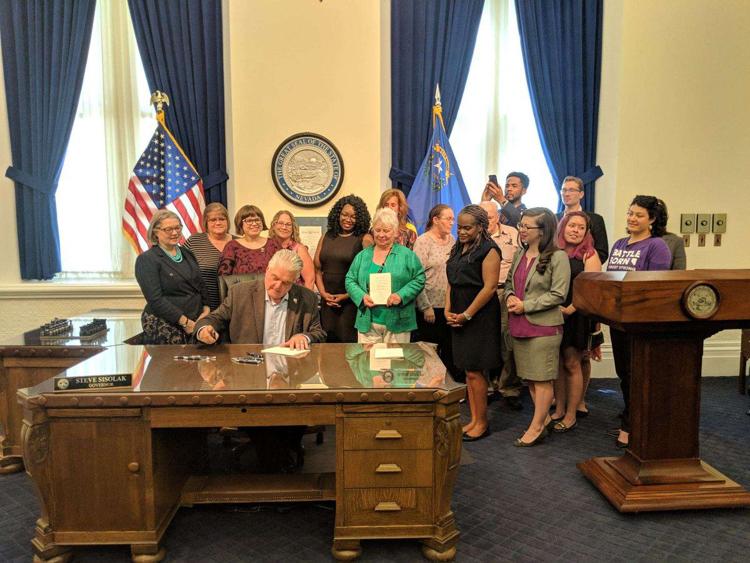 (Derek Draplin) – Nevada Gov. Steve Sisolak signed several “economic justice” bills, including one that will boost the state’s minimum wage to $12 an hour.

Sisolak has signed a flurry of bills after the biennial legislative session concluded on June 3.

Assembly Bill 456 gradually increases the hourly minimum wage by 75 cents every year for the next five years until it reaches $12 an hour for uninsured workers or $11 an hour for those offered health insurance.

Critics said the legislation will hurt small businesses in the state, which will have to cut hours or workforce to afford the required raises.

Sisolak also signed legislation that creates penalties and fines ranging from $5,000 to $15,000 for businesses that practice workplace discrimination.

Business groups spoke out against both bills when they were being debated by the legislature.

Another bill signed by Sisolak requires private employers with over 50 employees to offer paid leave benefits for up to 40 total hours a year per employee.

“Today, the hardworking men and women of this state will finally see the economic justice they deserve,” Sisolak said in a tweet.

Sisolak also signed a bill that will award $10 million in tax credits for companies to build affordable housing units in the state.

Proponents of the bill say it will help expand affordable housing opportunities.