To Rebuild the Economy, Cut Spending 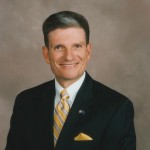 (Rep. Joe Heck) – As a doctor, I was taught the best way to fix a problem is to understand it. The recession still gripping Nevada is the result of a badly broken government. For years, Washington spent money the taxpayers didn’t have. Washington’s abdication of leadership seeped into our daily lives and eroded America’s economic foundations to the core.

April marked my fourth month serving the more than one million people of Nevada’s Third Congressional District. Since being sworn in, I’ve visited with hundreds of constituents, both here at home and out in Washington, DC. A large number of those visits were with the very people that drive Nevada’s economy – small-business owners.

95% of Nevada’s businesses are small businesses. In January I announced that I was forming an Economic Advisory Council. I brought together the elements that constitute a small-business – entrepreneurs, lenders and labor – to ask what the federal government can do to help improve the economy.

Along with many small-business owners I visited, they expressed a deep concern about the uncertainty created by the government’s reckless spending.

At a January 26th hearing I asked Virginia’s Governor, Bob McDonnell, how Virginia recovered so quickly from the recession. Governor McDonnell stated the reason Virginia recovered so quickly is that he worked with state legislators to close their entire $2 billion budget gap through reductions to government spending – Governor McDonnell stressed that he did this without raising taxes.

Recently, I helped pass a budget that cuts $78.5 billion from the president’s request. That is the single largest spending cut since World War II.

Some have called to slash programs simply based on who created the program. I represent Nevadans first, not a party or ideology. Putting Nevadans first is why I bucked my party’s leadership and voted to protect two housing programs that have helped more than 17,000 Nevada families stay in their homes.

Some called the housing programs I voted to protect wasteful, I disagree. Washington’s wasteful spending was outlined in a recent report by the non-partisan Government Accountability Office. An example of the report’s findings is the fact the government has 15 different agencies overseeing food-safety laws and more than 20 separate programs to help the homeless. The report estimates Washington wastes as much as $100 billion annually on duplicative programs. No private business anywhere could sustain that kind of wasteful, duplicative spending – the federal government must be no different.

That is why I introduced legislation to help prevent any new duplicative, wasteful program from being created. During a hearing this month, the Comptroller General stated that the legislation I introduced is exactly the kind of rule Congress should adopt to prevent wasting taxpayer money in the future.

Our job creators say they lost confidence in the economy because of Washington’s wasteful spending. The experts I’ve questioned in my first days representing Nevada say Washington’s wasteful spending is preventing economic growth. The economies of the states and countries who have listened to their job creators and experts have prospered. My first months in Congress were focused on growing the economy, and I will remain focused on growing the economy until it is once again vibrant.

That will happen when our small-business owners regain their confidence in it. Restoring their confidence will not be quick or easy, but the surest way to restore it is through responsible government spending that keeps the People in mind.