Today the Conservative TAKEOVER of the GOP starts in your neighborhood 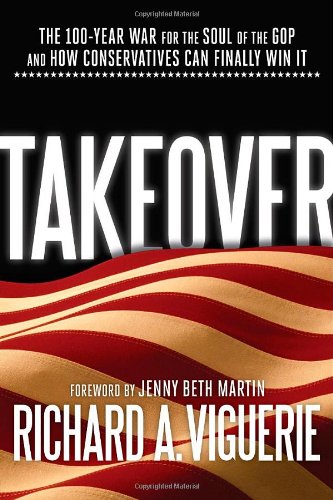 (Richard A. Viguerie, CHQ Chairman) – Conservatives have the power and the numbers to take back their government from the current crop of officeholders who seem hell-bent on ignoring the strictures of the United States Constitution and foisting socialism upon Americans, but to do so we conservatives have to do more than complain or read a book—we have to invest a few hours a month in attending the meetings of our local Republican Party.

As Dan Schultz, one of the winners of my $10,000 Liberty Prize, pointed out, every square inch of the United States is within a “political neighborhood,” a precinct. When you vote, your polling place is your precinct’s polling place.

Your precinct has a number and, probably, a name. Dan Schultz lives in precinct number 918, Tempe 59. His precinct has eight precinct committeemen. He is one of them. Each of them was elected in the primary election. To get on the ballot, each of them had to get ten signatures from Republicans or independents in the precinct.

Schultz says it took him about forty minutes to get the signatures—the Party gave him a “walking sheet” for his precinct that told him in which houses Republicans and independents lived. In some precincts, the precinct committeemen only had to get three signatures. Every state has a different system. Some, like Arizona and Ohio, elect the leaders in their precincts. Other states require meeting attendance and dues. None of the requirements are onerous. Schultz has compiled links on his website to some of the states’ rules relating to how to become a leader in your precinct.

How is this a strategy for taking over the Republican Party and governing America according to conservative principles in 2017?

It is simple. We have a two-party political system. One group of Americans has hijacked the Democrat Party and has been able to fool enough Americans to vote for their candidates, who usually run as “moderates.” Another group of Americans has hijacked the Republican Party, which claims to represent conservatives, but all too often governs from the same Big Government progressive perspective as the so-called moderate Democrats.

Phyllis Schlafly calls precinct committeeman and women “the most powerful political office in the world,” because they determine who gets the chance to be elected to office at every level of government.

Now, here is the open secret establishment Republicans don’t want you to know: half of the Republican precinct committeeman slots, on average, in 2008, in every state, were vacant. (In Arizona, where Dan Schultz is from, he says it was worse—over two-thirds of the slots were vacant; now, they are almost up to half strength.)

And the currently filled slots are split about fifty-fifty between conservatives and “Republicans In Name Only” (RINOs). What if conservatives could fill up all the vacant slots?

As Dan Schultz said: Do the math.

The Republican Party would be transformed from a half-strength, ideologically split party into a full-strength, 75 percent majority conservative political juggernaut.

Dan Schultz says that it is because virtually all Republican incumbents, including many who profess to be conservative, are terrified that you and other conservative Americans will figure this out and replace them, too, because they have not fought hard enough to preserve your liberties.

They are terrified a more principled conservative adversary might get the backing of a majority of precinct committeemen in their district and state and throw out the incumbents. Like the new, conservative grassroots Tea Partiers and 9.12-ers did in Utah in 2010, denying incumbent senator Robert Bennett the primary nomination by keeping him off the ballot and endorsing boat-rocking senator Mike Lee at the Utah GOP state convention. In 2012, Indiana incumbent establishment Republican Richard Lugar was opposed by over half the Republican county chairs in the state, and likewise lost the primary.

Think of it. The more conservatives who become precinct committeemen, the more conservative the party, and its candidates, will become. The Party again might appear to the voters to offer a clear choice from the Democrat Party, rather than an echo of it.

The #1 roadblock to conservative governance is not Barack Obama and the liberal Left. It’s the corrupt Republican Establishment in Washington that’s comfortable with Big Government, ObamaCare, gay marriage, and most of Barack Obama’s plans to “fundamentally transform” America.

My new book TAKEOVER is a step-by-step Battle Plan for how rank-and-file conservatives can TAKEOVER the national GOP – so we can have a real opposition party to the Democrats.

N&V StaffOctober 7, 2022
Read More
Scroll for more
Tap
Premise of lawsuit challenging education savings account law is flawed
How do we get rid of the Fed?