How do we get rid of the Fed?

How do we get rid of the Fed?
N&V Staff 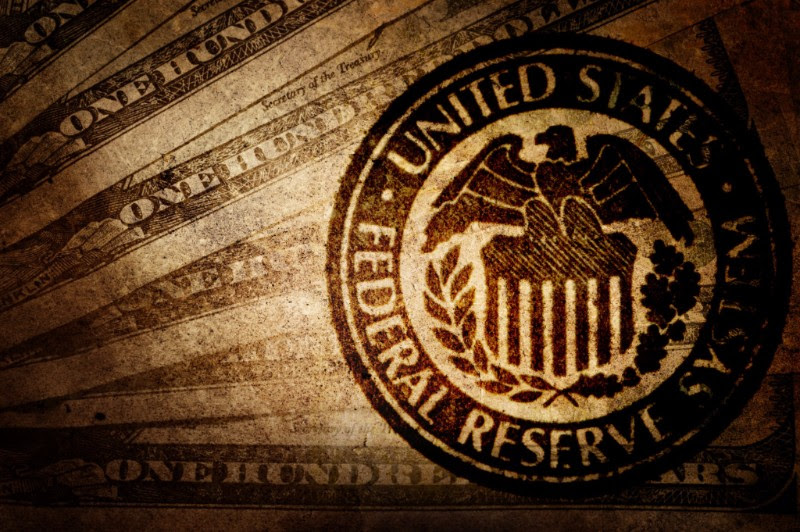 (Jeffrey Tucker, FEE) – When, if ever, will there be reform of the money system?

Smart people have been urging sound money — and calling for the restraint or abolition of the Federal Reserve System — for a century. It became apparent early on that this new machinery did not serve the cause of science, as promised, but rather the state and its friends.

Something needs to change.

The problem is this: interest groups benefit from the status quo. The largest banks, the top-tier bond dealers, a deeply indebted government, and myriad special interests all benefit from the power to print. They have an investment in discretionary monetary policy and in fiat money.

F.A. Hayek’s thesis in his 1974 essay “The Denationalization of Money” was that liberty won’t be safe as long as the central bank controls the money. At the same time, nationalized money will never be reformed, because all the wrong people love the system as it is. Hayek’s solution: total privatization through displacing rather than reforming the Fed.

Still, the cries for reform are growing ever louder and ever more passionate.

Jackson Hole, Wyoming, has emerged as the implausible center for the most important debate in economics and politics today. For 35 years, world central bankers have met there in August to discuss strategies and methods. In the past, they have met alone. This year, their monopoly on ideas was challenged head on.

I saw it as I stepped off the plane into the airport in Jackson Hole. There were the greeters from the Federal Reserve, welcoming dignitaries and big shots. Close by, there were greeters for the people who invited me: sound-money advocates for free markets, many influenced by the supply-side school. Our group was made up of economists, journalists, historians, and other independent intellectuals.

Then there was a third group made up of left-wing activists who want the power to print democratized — inflationists who see the Fed as their magical tool to bring about their dream of an egalitarian utopia.

The talks at our opposition conference were exceptional — the best two-day conference on gold and sound money I’ve attended. Speaker after speaker chronicled the problems with the Fed. The board of governors meets and the whole world waits to see whether rates will go higher, lower, or stay the same.

Billions and trillions are held hostage to their whims, purportedly rooted in science but actually based on no more or less knowledge of the future than you and I have.

It is incredible how much our economic structures have become dependent on the whims of this group of unelected monetary dictators. But their main dependent is actually government itself. The Fed stands ready to print all the money government needs in the event of any crisis. That promise itself has meant the elimination of all fiscal discipline.

Politicians talk and talk about restraint, about cutting the budget, about bringing revenue in line with spending. But as long as the Fed is there, it’s all talk. There is no need for authentic discipline. In a strange way, the Fed has usurped even the power of the president and the Congress.

Consider the effects. Without a Fed, the US would have been far less likely to invade Iraq because the government would not have been able or willing to pay for it (at least without politically impossible tax hikes). And without that invasion, there would have been no rise of ISIS and no refugee crisis in Europe today. The crisis is giving both the radical right and left in Europe a huge political boost, displacing not only the establishment but the classical liberals, too.

The spillover effects are endless.

It’s been the same with every war in the last hundred years. They’ve all been underwritten by the power to print.

To see the relationship between the rise of Leviathan and the power of the central bank requires a few steps of logic, and some economic understanding. Even more difficult to comprehend is the relationship between the Fed and economic instability. When the Fed monkeys with interest rates, it distorts investment patterns, diverting resources from rational economic ends toward those with far less merit.

People think of the Fed as the benefactor who saved us from the housing crash. But to get at the truth, look at the history leading up to the crash. What provided the implicit bailout guarantee for the entire banking sector? What incentivized the reckless lending that goosed up housing prices for so long? However you ask the question, the answers point back to the central bank.

The institution that caused the problem cannot also be a reliable fix for the problem.

Can the System Be Reformed?

What reforms? At the conference I attended, there were many ideas, from gold-price rules to full privatization.

Solving the problem from the point of view of economics is not difficult: get rid of central banking.

The real problem is political: how do we get from here to there?

None of the existing presidential contenders are capable to forming two coherent sentences on the topic. In fact, they are more frightened by the subject of monetary policy than they are of the civil war in Iraq. And journalists don’t ask about the subject because their own economic ignorance exceeds even that of the candidates.

My own contribution to this conference was to discuss the innovation of cryptocurrency and bitcoin. Hayek had a glimpse of the possibility that private markets could reinvent money. He speculated that it could happen with the initiative of banks. What he could not have imagined was the invention of a distribution network and an open-source protocol that has no central point of failure. It is “owned” by everyone and no one. It is the basis of a monetary system for the world.

When? Not soon but eventually.

I sat on a panel with the mighty George Gilder, one of the truly prophetic voices over the last three decades. He rightly sees the potential of this technology, and he is super excited about it.

These monetary reformers who organized the event deserve congratulations for understanding the crucial role of digital technology in reforming money. I’m all for the gold standard, but never has the prospect of sensible monetary reform seemed more remote. Meanwhile, the reality of bitcoin is all around us.

Jeffrey Tucker is Director of Digital Development at FEE (Foundation for Economic Education), CLO of the startup Liberty.me, and editor at Laissez Faire Books. Visit FEE.org for more information.

The column was originally published at FEE.org.

N&V StaffOctober 7, 2022
Read More
Scroll for more
Tap
Today the Conservative TAKEOVER of the GOP starts in your neighborhood
The speech Pope Francis should have given