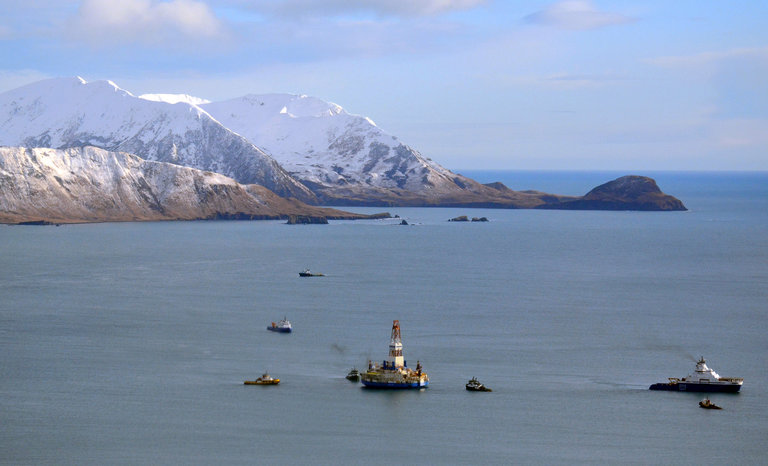 The oil drill rig Kulluk in 2013 off Kodiak Island in Alaska. President Trump is expected to sign an order this week opening up protected waters to offshore drilling. (Courtesy: James Brooks/Kodiak Daily Mirror/AP)

On Wednesday, Mr. Trump will sign an executive order directing his interior secretary, Ryan Zinke, to review national monuments designated by previous presidents under the Antiquities Act of 1906, aiming to roll back the borders of protected lands and open them to drilling, mining and logging.

The president is then expected to follow up on Friday with another executive order aimed at opening up protected waters in the Atlantic and Arctic Oceans to offshore drilling. The order would direct Mr. Zinke to revisit an Obama administration plan that would have put those waters off limits to drilling through 2022. Friday’s order is also expected to call for the lifting of a permanent ban on drilling in an area including many of those same waters — a measure Mr. Obama issued in December 2016 in a last-ditch effort to protect his environmental legacy from his drilling-enthusiast successor.

The moves — just before Mr. Trump’s 100th day in office — would begin to fulfill a central campaign promise to unleash a wave of new oil and gas drilling and create thousands of jobs in energy.