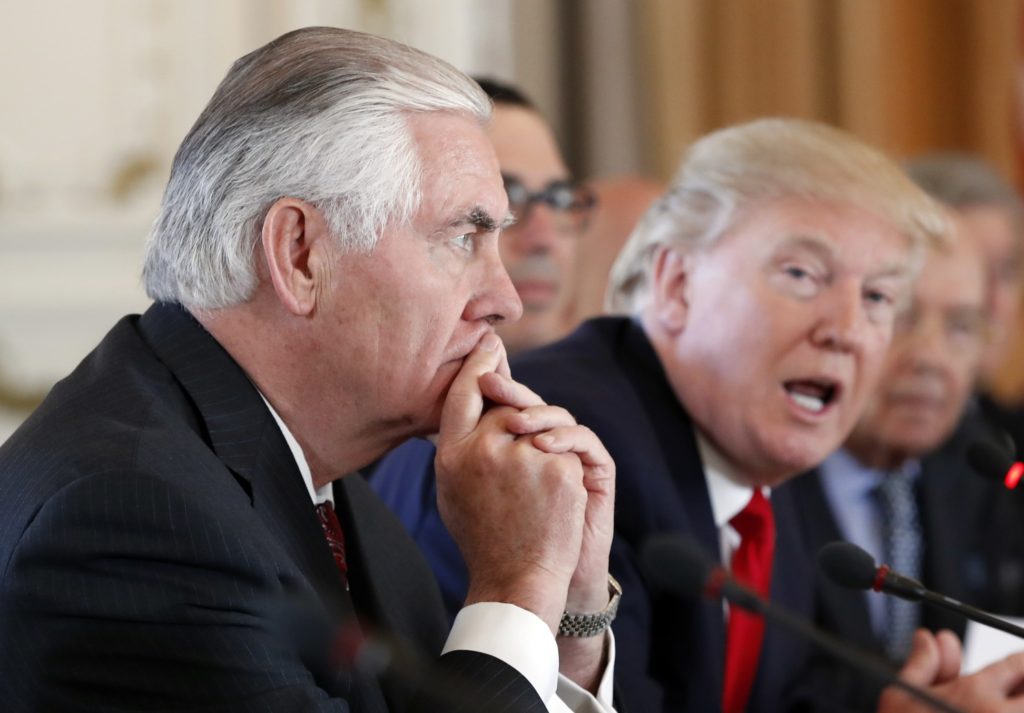 (Carol Morello, The Washington Post) – Officials in the Trump administration on Sunday demanded that Russia stop supporting the Syrian government or face a further deterioration in its relations with the United States.

Signaling the focus of talks that Secretary of State Rex Tillerson is set to have in Moscow this week, officials said that Russia, in propping up Syrian President Bashar al-Assad, bears at least partial responsibility for Wednesday’s chemical attack on villagers in Idlib province.

“I hope Russia is thinking carefully about its continued alliance with Bashar al-Assad, because every time one of these horrific attacks occurs, it draws Russia closer into some level of responsibility,” Tillerson said on ABC’s “This Week.”

Although officials acknowledged that they have seen no evidence directly linking Russia to the attacks, national security adviser H.R. McMaster said that Russia should be pressed to answer what it knew ahead of the chemical attack since it has positioned warplanes and air defense systems with associated troops in Syria since 2015.

“I think what we should do is ask Russia, how could it be, if you have advisers at that airfield, that you didn’t know that the Syrian air force was preparing and executing a mass murder attack with chemical weapons?” McMaster said on Fox News.