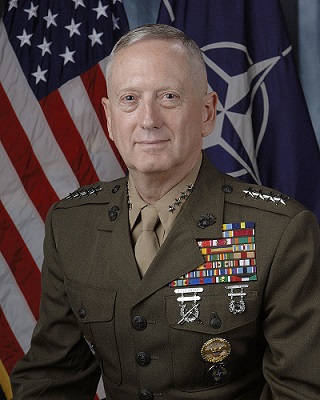 James Mattis has been chosen by President-elect Donald Trump to be one of the members of Trump administration and to lead the Defense Department.

Trump joked about the announcement at a rally Thursday night in Cincinnati.

“We are going to appoint ‘Mad Dog’ Mattis as our Secretary of Defense,” Trump said. “But we’re not announcing it ’til Monday, so don’t tell anybody.”

Mattis retired in 2013 after leading the military’s Central Command, which oversees military operations in the Middle East and Africa. He will require a waiver from Congress to become Defense secretary because the law prohibits veterans who have been retired for fewer than seven years from taking the job. That is expected to be a formality, given support for him from many in Congress, including Sen. John McCain, R.-Ariz., the influential chairman of the Armed Services Committee.