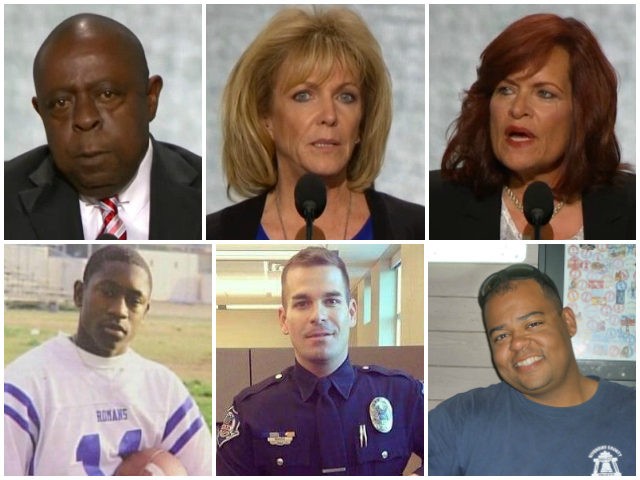 (Michelle Moons, Breitbart) Three parents who each lost a child crimes by illegal aliens took the stage on Monday at the Republican National Convention to share their stories and urge Americans to vote for the candidate that showed he cared and would act to protect America and her borders: Donald Trump.

She spoke of the memorial set up in the area he patrolled.

“His death has left a large void in many people’s lives,” she said. “My son’s life was stolen at the hands of an illegal alien. It’s time we had an administration that cares more about Americans than illegals. A vote for Hillary [Clinton] is putting all of our children’s lives at risk.”

Sabine Durden, a legal immigrant from Germany, came onstage next. She told what she called “sadly” a similar story of losing her only son. Dominic Durden, who was biracial, never became the rallying cry for a Black Lives Matter march. He died at the hands of an illegal alien who had been deported, but illegally re-entered the country, later committing crimes in the U.S. Yet he was allowed to remain here. Click here to continue reading