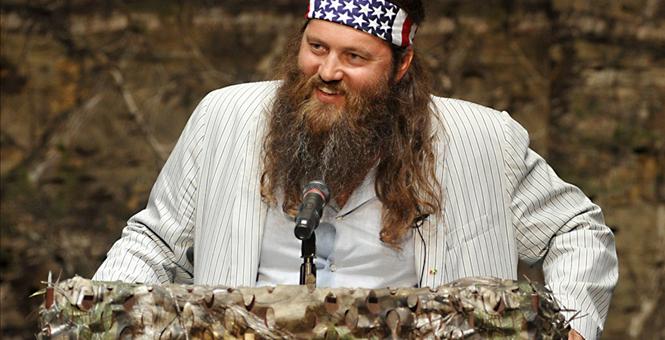 (Cortney O’Brien, TownHall) “Duck Dynasty” star and CEO Willie Robertson addressed the RNC convention Monday night and mocked so called media experts who predicted time and again there was no way Donald Trump would get near the White House.

.@Williebosshog on media: “It must be humbling to be so wrong about so much for so long.” #GOPConvention #RNCinCLEhttps://t.co/Y7OYPc5nYC

“It’s been a rough year for the media experts,” Robertson said. “It must be humbling to be so wrong about so much for so long.”

Robertson had an explanation for the pundits’ failed assessments.

“But I have a theory about why they missed the Trump Train: they don’t hang out with regular folks like us who hunt, fish, pray and actually work for a living.” Click here to continue reading