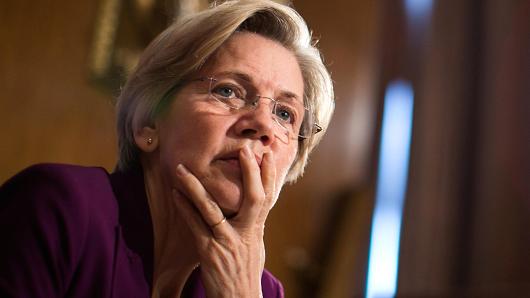 (Christine Wang/CNBC) – Presumptive GOP nominee Donald Trump called Sen. Elizabeth Warrena “fraud” and a “racist,” after she blasted him at a rally in Ohio forHillary Clinton.

NBC News reported that the senator called the New York businessman“a small insecure money-grubber who fights for no one but himself” and a “thin-skinned bully driven by insecurity and hate.”

Later, Trump responded in a phone conversation with NBC, saying that he hopes Warren is tapped as Clinton’s vice-presidential running mate because she’s “easy” to compete against.

“She is one of the least productive senators in the United States Senate. We call her Pocahontas for a reason,” Trump said, reiterating his earlier tweet.

N&V StaffOctober 3, 2021
Read More
Scroll for more
Tap
Viguerie: My Meeting With Donald Trump – Part 1 of 3
Ex-Secret Service Agent: “People Need to Know The Real Hillary Clinton And How Dangerous She Is”