Trump stokes Gingrich VP chatter: ‘He gets it’

Trump stokes Gingrich VP chatter: ‘He gets it’
N&V Staff 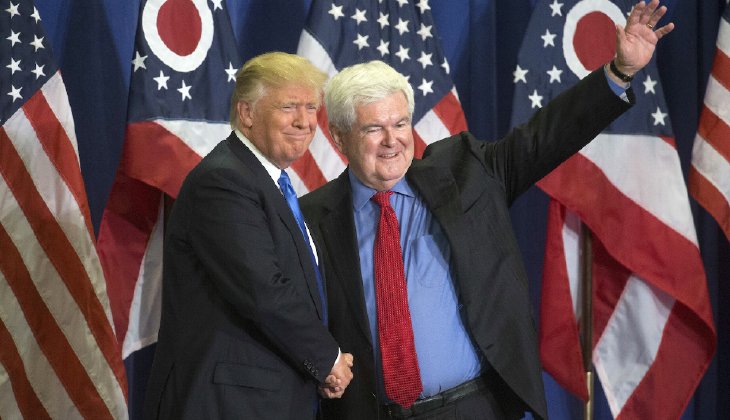 Throughout his speech in Cincinnati, Trump made multiple mentions of Gingrich, telling supporters after scores chanted “Newt! Newt! Newt!” at one point that Gingrich would be involved “one form or another” in a Trump administration. He also lauded him for being one of the conservatives who “gets it” and has come around to his side, unlike those still in the #NeverTrump crowd.

“I like that too. We like Newt,” Trump said as they chanted the former speaker’s name. “And I’ll tell you what, Newt has been my friend for a long time. And I’m not saying anything, and I’m not even telling Newt anything, but I can tell you in one form or another, Newt Gingrich is going to be involved in our government. That I can tell you. He’s going to be involved.” Click here to continue reading