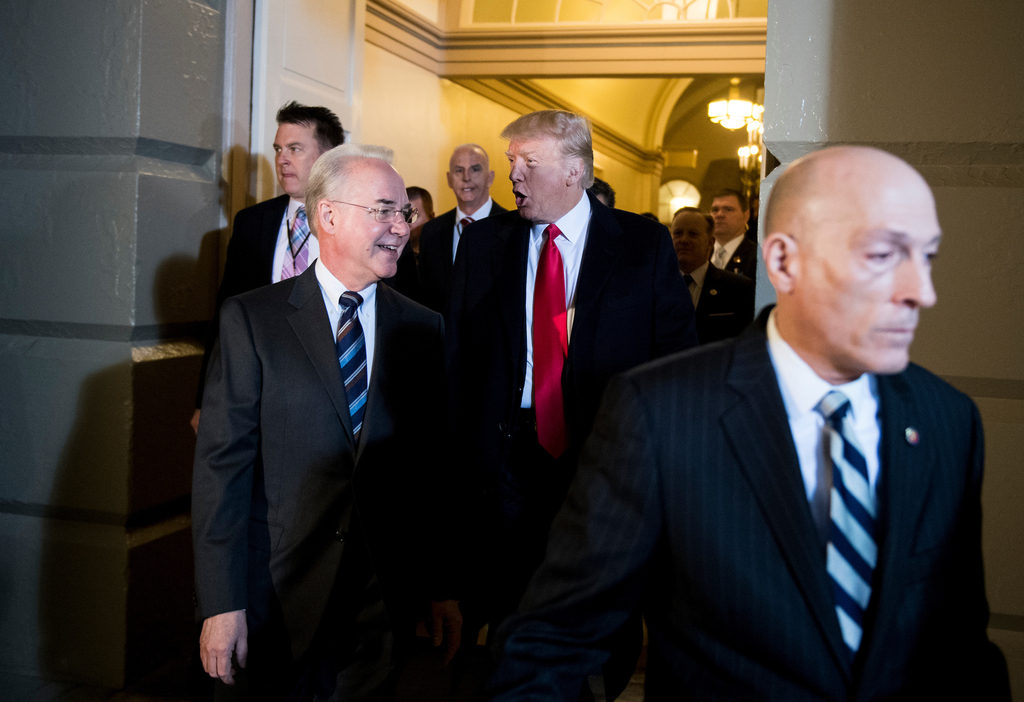 (Lindsey McPherson, John Bennett & Rema Rahman, CQ Roll Call) – President Donald Trump came to the Capitol Tuesday morning to make a closing pitch to House Republicans preparing to vote on health care legislation that will define the beginning of his presidency. And he did it with the confidence, jest and bravado that only he can deliver.

Trump did not take questions after his speech but he still had plenty of interaction with the GOP conference. Members said he called out those that he’s met with and asked them to stand up, positively highlight those he had helped convince to support the bill and semi-joke with House Freedom Caucus Chairman Mark Meadows that he, too, would get to a “yes.”

The president also talked about the policy and political ramifications for not passing the health care bill, according to several members present. On the policy side, he said the bill’s defeat would derail other portions of the GOP’s agenda, like a tax code overhaul and an infrastructure package. And regarding politics, Trump said he’s heard that there may be primary challenges to members who vote against the bill but he was careful to note he was not making any threats himself.

“The president was really clear, he laid it on the lines for everybody,” Speaker Paul D. Ryan said after the meeting. “We made a promise. Now is our time to keep that promise, and we keep our promise and the people will reward us. If we don’t keep our promise, it will be very hard to manage this.”