Trump will not pursue charges against Clinton, aide says 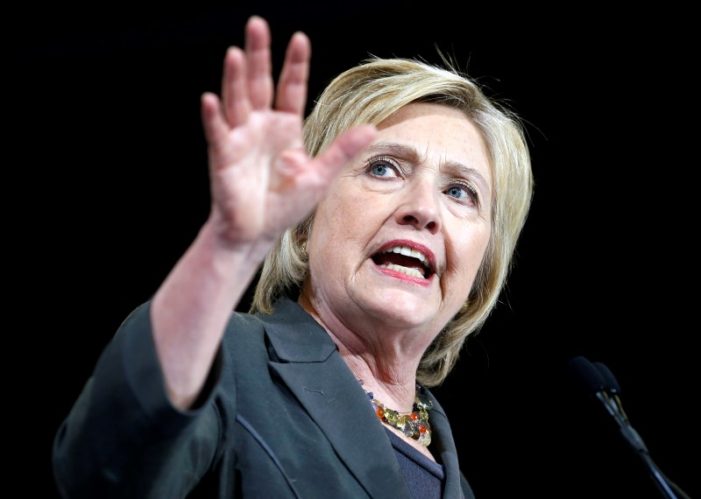 President-elect Donald Trump has announced he would not continue the charges against Hillary Clinton pertaining her private email server. (Courtesy: PoliticusUSA)

President-elect Donald Trump’s campaign manager Kellyanne Conway said that Trump declared he will not pursue the charges against Hillary Clinton regarding her private email server to which she moved classified government emails when she was still the State secretary.

Conway stated that Trump’s message would be considered a significant event in Clinton’s political career after Trump’s campaign rhetoric. It is good to note that Trump said he’d get an attorney general to appoint a special prosecutor who would investigate Clinton’s conduct. He had also once announced that Clinton would be in jail.

“I think when the President-elect, who’s also the head of your party…tells you before he’s even inaugurated  he doesn’t wish to pursue these charges, it sends a very strong message, tone, and content,” she said.