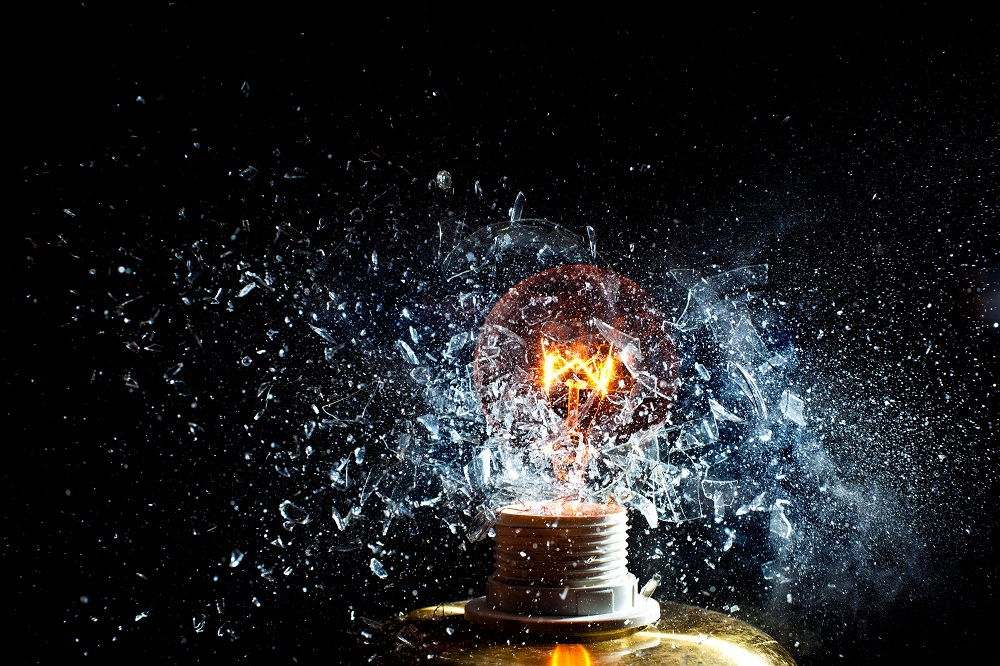 (Richard Manning) – The 2016 Presidential election was about creative destruction, pitting one candidate, Hillary Clinton, who stood for continuing down the same path that our nation had been on since George H.W. Bush’s election in 1988, against Donald Trump, who promised to rethink everything.

“Creative destruction” is the term MIT economist Joseph Schumpeter used to describe the capitalist process where business constantly seeks product and process upgrades that result in the development of new and improved ways of doing things and new products that drive out the old and outdated ones.

Donald Trump’s first 100 days should be judged on whether he is successfully generating the creative destruction the voters demanded. By any standard, he is doing just that.

The Supreme Court nomination and confirmation of Neil Gorsuch has set the stage for a complete rebooting of the nation’s court system.

This single change will allow Trump to not only appoint hundreds of lower level federal judges without input from the Senate minority, but possibly fill three additional Supreme Court seats, defining the judiciary for generations.  It is quite possible that if the President does nothing else but fill the judiciary with constitutional constructionists, he will be the most consequential president of the first half of the 21stcentury.

While many conservatives would prefer that the debate be on the proper role of government, this president is simply saying that programs that force middle class taxpayers to fund upper class wants should end. This isn’t about Robert Mapplethorpe and the like. It’s just a practical business decision that New York and Hollywood elites can support these priorities without forcing the people of the flyover states (who they despise) to pay the freight.

On the economic front, Trump is deconstructing much of Obama’s pen and phone activism with a clear focus on regulations that harm growth. Utilizing the Congressional Review Act process, Congress has passed and the President has signed eleven bills rescinding midnight regulations promulgated in the waning days of the Obama administration.

As a result, domestic energy production will increase, small and mid-sized businesses won’t be strangled with additional paperwork, and federal government encroachment on state powers over wildlife management, education and drug testing for government assistance recipients is dramatically restricted.

Energy development, a key to robust economic growth, has been freed up due to the approvals of the Keystone XL pipeline and Dakota Access pipeline, providing less expensive ways to get oil from Canada and the Bakken Oil fields to refineries. The move to end the coal-industry-killing Clean Power Plant rules will stop the shutdown of coal fired utilities, while new competition between natural gas and coal will force efficiencies in both industries, ensuring reliable low-cost power for a generation.

And perhaps most consequentially, Trump has re-ordered how the United States is going to interact with the rest of the world.

By exiting the Trans-Pacific Partnership, Trump is resetting what it means to be a trade partner with the United States. His Labor Department, working with the Customs Bureau, can be expected to target goods made in places where slave and child labor are encouraged. If you want to end the use of slave labor, why not make it harder to sell those goods in the United States, rather than rewarding these nations with better tariff rates? That is transformational.

Trump has also already met with Chinese Premier Xi Jingping, and, along with Treasury Secretary Mnuchin, has softened the administration’s stance on China’s currency manipulation. At the same time, China is taking a much more assertive role in attempting to end the North Korean nuclear threat before they develop the capacity to destroy Seoul, Tokyo, Hawaii or the western continental United States.  Make no mistake, Trump’s anti-Chinese currency manipulation rhetoric set the table for China to ratchet up the pressure on North Korea, because it gave the United States government something valuable to trade for Chinese help.

Finally, since January 20th, Trump has begun to assert his America first foreign policy, changing relationships for the better through key meetings with the leaders of Japan, Great Britain, Germany,  and Canada, as well as having his Secretary of State meet with his Russian counterpart as well as Vladimir Putin in Moscow.

Creative destruction is not easy and there will be stumbling blocks along the way, particularly when it comes to draining the swamp in Washington, as government — unlike natural free markets — lives in symbiosis with businesses whose livelihoods are impacted by its decisions.

The groaning and complaining about the Trump Administration among establishment voices on both the left and the right can largely be attributed to the uncomfortable movement of these swamp creatures as they are being knocked off their moorings, uncertain about what will happen next — a key attribute of creative destruction at work.

What more could a Trump voter want?