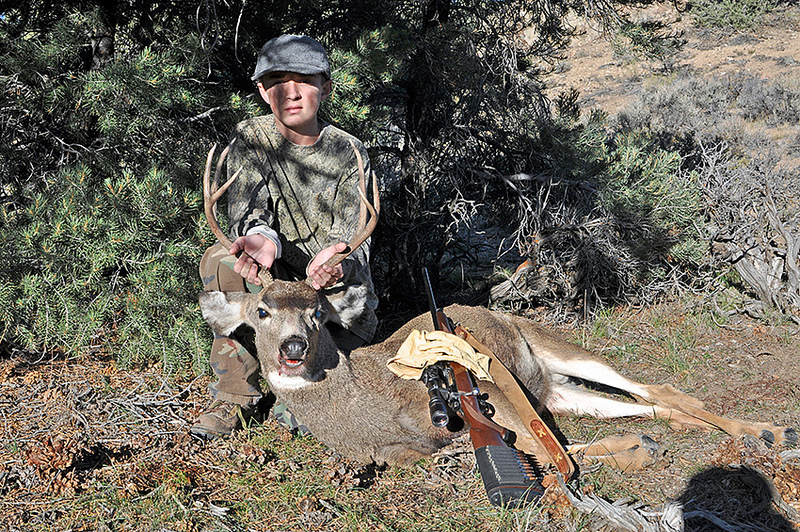 The Board of Wildlife Commissioners has recently imposed a restriction on Nevada hunting, which is, specifically, to limit the size of caliber and cartridge length for rifles that will be used in hunting. (Courtesy: Nevada Wildlife Commission)

(Don Turner, Nevada Firearms Coalition) – On March 24, 2016, the Board of Wildlife Commissioners conducted a “regulation workshop” in Yerington, Nevada. In this workshop, they went over an action item regarding limiting the size of caliber and cartridge length for rifles used in big game hunting. This regulation is not justified; it simply aims to limit the way that hunters practice their sport.

Supporters of this proposed rule, including Bill Young of the Nevada Wildlife Commission, are also advocates for the anti-rights group Nevadans for Background Checks. In fact, Young sits on the Everytown for Nevada advisory board, seeking to limit the 2nd Amendment and property rights of Nevadans.

Stand with us today in eliminating excessive regulations on our rights. I thank you for being a part of our group.

Don Turner is president of the Nevada Firearms Coalition, a membership organization of firearms owners, supporters, users, public and private gun clubs and commercial shooting sports enterprises who are interested in promoting and protecting the ownership and safe use of firearms for self-defense, competition, recreation, and hunting. Visit www.NVFAC.org for more information about the group.

N&V StaffSeptember 29, 2022
Read More
Scroll for more
Tap
Prospects of New School Board may Help ‘Save Our Schools’ Campaign, Chairman says
Hagar: Prescription Drugs Can Be Gateway To Heroin Use, Reno Police Says