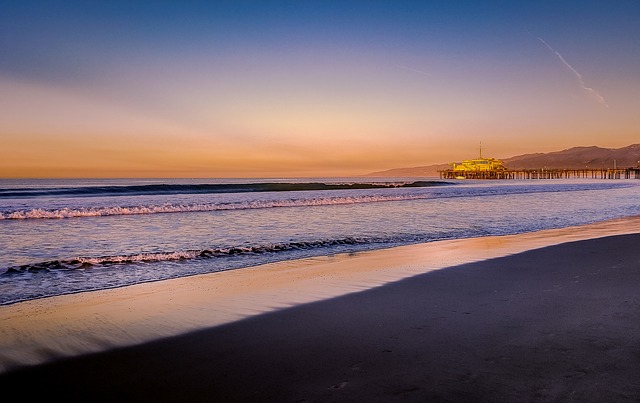 Image by nextvoyage from Pixabay

(Ron Knecht) – Over 16 years ago, as a freshman in Nevada’s legislature, I made a contribution to our political lore and public debate: I popularized the idea we don’t want Nevada to become East California.
As a freshman in the Assembly, I had seven bill draft requests (BDRs) to submit to the Legislative Counsel Bureau.  LCB was a branch of the staff that served all legislators because only those in leadership had personal professional staff members.
A BDR is a brief statement that summarizes the intent and content of a proposed bill.  A legislator submits such a statement, it is published in a weekly listing of BDRs, and then the member works with LCB staff to draft the bill and introduce it on the floor of the Assembly or Senate.
I had submitted six BDRs, including my first one for a constitutional amendment to limit increases in taxes and spending to the rate of growth of the state economy.  So, as the final date for filing BDRs approached, I had one left and wasn’t sure what to do with it.
Then-governor Kenny Guinn had been re-elected without advocating a tax increase, let alone the destructive gross receipts tax (GRT) that had long been the semi-secret goal of gaming and resorts – the industry that has dominated Nevada politics more than oil in Texas and farming in Kansas.  In his first campaign and first term, he had acted like a real Republican limited-government conservative.
After re-election, to the delight of Democrats and a few Republicans, he unveiled a previously secret GRT that would have been the state’s largest tax increase to that date.  That showed his real colors, as a shameless tool of our biggest and most rapacious special interest, of the political left, and of the deep state in Nevada.
We Assembly Republicans had a 19-member caucus, with the vast majority of us reliable limited-government conservatives who sought to hold the line on taxes, spending and regulation.  We began to joke among ourselves about RINOs: Republicans in Name Only, a reference mainly to Guinn and Senate Republican leaders that supported ever more taxes, spending and regulation.
On the last day to submit BDRs, I decided to make a political statement on the big issue of the day, hoping that doing so via humor would make an impact.  I walked into the office of LCB’s deputy general counsel and said I’d come to dictate my final BDR.  But, first, I told her: “Don’t do any work on this item; it’s just a joke.”
Then I dictated the text: “A bill to change the name of the state to East California, to change the state song to the Beatles’ The Taxman, to make Gary Davis [then California’s tax-and-spend Democrat governor] the patron saint of East California, and to make the RINO the state animal.”
She later called me to say it was a few words too long and I needed to eliminate one of the provisions.  I told her to kill the Gray Davis patron saint provision because it was more obscure than the others.  And the other three items made my point quite well.
I had the option to have the BDR listed with my name or anonymously, and I chose the latter.  That’s the only thing in all this I would change if I had a do-over: I would have asked her to put my name on it in large capital letters.
Be careful of your words and actions.  They can be much more powerful and provocative than you intend.  I thought the BDR would give everyone a chuckle, make them think about the issue and produce a short story inside the papers when it appeared.  Then it would be forgotten and sometime later someone would remember it with a chuckle and wonder who had submitted it.
The reaction was quite the opposite.  Instead of considering that the GRT would be the next step in turning Nevada into the mess that California already had become at that time, many took umbrage and it made large, loud front-page headlines.  Even my sainted mother-in-law was dismayed.
Next time: More of the reaction and how time has moved us ever closer to being East California.
Prev postNext post
Related ItemsCaliforniaNevadaRon Knecht
Nevada
Ron Knecht