U.S. military drops ‘mother of all bombs on IS’ in Afghanistan

U.S. military drops ‘mother of all bombs on IS’ in Afghanistan
N&V Staff 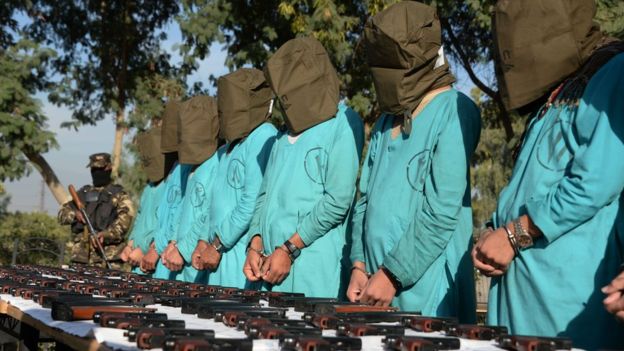 IS fighters have moved from Arab countries into Afghanistan. (Courtesy: AFP)

(BBC) – The US military says it has dropped a 21,600lb (9,800kg) bomb on a tunnel complex used by Islamic State militants in Afghanistan.

The GBU-43/B Massive Ordnance Air Blast Bomb (MOAB), known as “the mother of all bombs”, is the largest non-nuclear bomb ever used by the US in a conflict.

The Pentagon said it was dropped from a US aircraft in Nangarhar province.

The news came hours after the Pentagon admitted an air strike in Syria mistakenly killed 18 rebels.

It said a partnered force had mistakenly identified the target location as an IS position, but the strike on 11 April had killed rebels from the Syrian Democratic Forces, which is backed by Washington.