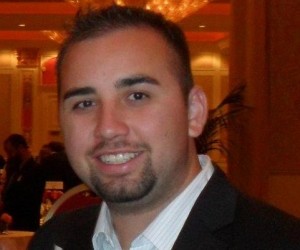 As college students prepare for Spring Semester to begin on January 17th, Nevada News & Views asked the new UNLV College Republicans President Thomas McAllister to fill us in on the group’s plans for 2012. – Ed.

NN&V: The UNLVCR organization has become a force to be reckoned with on the UNLV campus. Last year, your group was instrumental in bringing several financial issues to light, including Dina Titus’ salary and retirement package as well as misuse of funds on the part of the College President. What has been the reaction of students to your efforts?

McAllister: As tuition and fees continue to increase in a down economy, students are becoming more and more responsive to fiscal issues that affect them. Many students find it disturbing that education officials continue to talk about the importance of increasing access to education, all while advocating for tuition and fee hikes, and doing very little to make fiscally responsible decisions on campus. Through the hard work of our most active members, we were able to staff a campus table on more than 130 days in 2011, making it possible for us to speak with students daily about conservative principles and important issues like budget cuts, youth unemployment, and President Obama’s failure to deliver on his promises.

NN&V: What will be your focus this year?

McAllister: This year we will continue to grow our organization, register new Republican voters, and work with various candidates and the Republican Party here in Nevada to turn out those Republicans in November. We have a great opportunity to turn our campus red, help turn Nevada red, take back the state senate, send Republicans back to Congress, and deliver Nevada for our GOP nominee.

NN&V: The recent campus elections could easily be called a sweep. What were you looking for when selecting the slate of candidates?

McAllister: Due to the election rules governing UNLV’s student government, the UNLV College Republicans could not officially endorse more than one candidate for CSUN Senate. Therefore, our former president Mark Ciavola, himself a CSUN Senator, recruited 20 candidates and put together the Rebels United ticket outside of our organization.

NN&V: What were your goals for the election?

McAllister: The goal of the election was to restore fiscal sanity to UNLV’s student government, and we’re happy that so many UNLV College Republicans – and other students genuinely interested in being good stewards of student dollars – were elected.

NN&V: What can the Nevada Republican Party learn from your experience in this election?

McAllister: The key to the CSUN election was the strategy implemented by Mark Ciavola.

In the 2010 CSUN Senate election, 1,100 votes were cast. Mark’s goal was to have the entire ticket reach out to more students than in previous elections in an attempt to increase voter participation by turning out an overwhelming number of Rebels United supporters. In the end, the strategy worked, as more than 4,900 votes were cast and 70% of the Rebels United ticket was elected with more than 1,900 combined votes.

NN&V: What are your goals for the UNLVCR’s this year?

McAllister: In addition to the goals I already mentioned, one thing I’d like to focus on is turning out more Republicans than Democrats in UNLV’s early voting this year.

NN&V: How can you apply what you learned at the College Republicans National Convention to UNLV?

McAllister: This year marked a great moment for College Republicans in Nevada, with the formation of our state federation. This allowed us to once again be nationally recognized as a state organization as as as individual chapters. Attending the national convention this year allowed us to network with many Republican leaders and form relationships with College Republicans from all over the nation. We are able to share ideas and learn from each other as we continue to spread our conservative message on campus and beyond. We were able to proudly represent Nevada at the convention, and were well-received due to some of our accomplishments in 2011. While in Washington, we debuted a recruitment video taking President Obama to task for his comments about Las Vegas and appeared in Politico and the New York Times.

NN&V: What do most people not know about the UNLVCR’s?

McAllister: For starters, we have a campus table Monday through Thursday, 10 a.m. – 3 p.m., every day classes are in session. We did this throughout 2011, and it is one of the major reasons we’ve been able to recruit so many students and increase awareness on campus. Also, the UNLV College Republicans is still the only student organization at UNLV to publicly refuse university funding. We also receive no funding from the national College Republicans, the RNC, the Nevada Republican Party, nor the Clark County Republican Party. All of our donations come from grassroots Republicans, with an average donation of less than $50.

NN&V: How can non-students, that is, us older folks, support this organization?

McAllister: As a student organization, we couldn’t do what we do without the financial and moral support of grassroots Republicans. The best way for folks to support us is to be involved. We have many events that are open to the public. Some of our events feature high-profile conservative guest speakers, others are fun social events, such as baseball night with the Las Vegas51s. In fact, we’re in the middle of hosting four presidential caucus/primary watch parties for Iowa, New Hampshire, South Carolina, and Florida. Our events can be bigger and better if more people take part, and get to know us as a club. Often times, we are able to make our events free or affordable for students by charging a small entry fee to non-students. For those who wish to support us financially, donations can be made through our website at www.unlvcr.org, or by mail:

Take today’s poll: Who, if anyone, should drop out of the Republican Presidential race?