Veterans are making all kinds of gains under President Trump!

Veterans are making all kinds of gains under President Trump!
N&V Staff 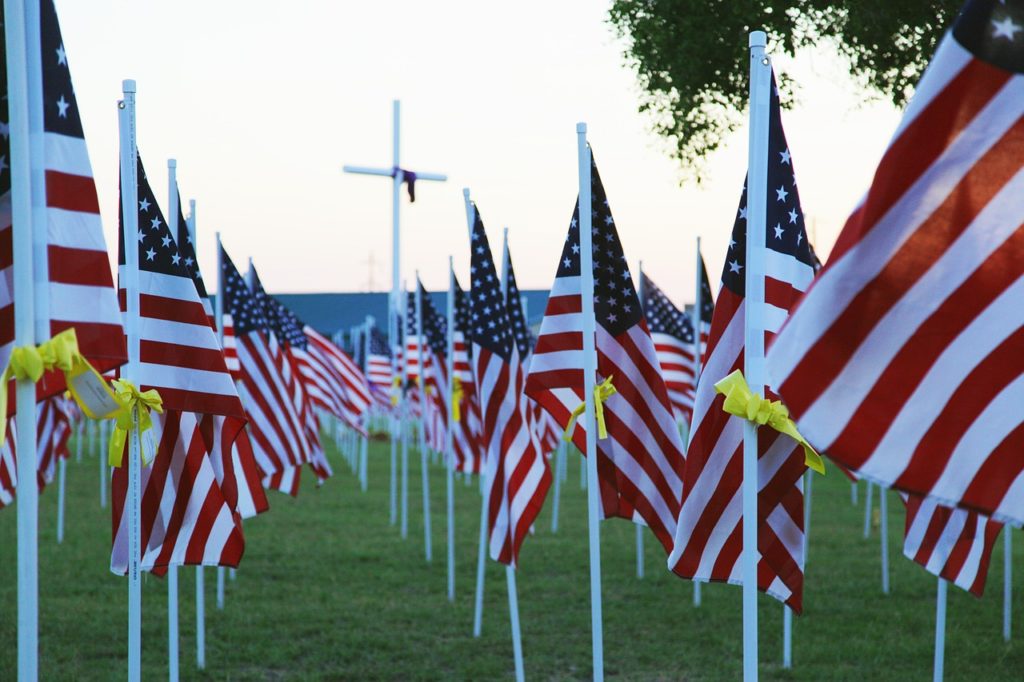 Image by Matt Sawyers from Pixabay

(Hodge Twins – Kevin and Keith Hodge) – President Trump is making all kinds of gains for veterans, and that’s just the sort of thing we like to hear on Veterans Day.

Before we became YouTube stars, touring the country helping people reach their fitness goals, we served as United States Marines. Having grown up poor in Southern Virginia, Marine Corps basic training was the first time we met people from all walks of life and from every corner of America, all united by their desire to serve this country.

Even years after leaving the service, we still remember the unique hardships that veterans face. When President Trump ran for the presidency on a platform of making sure that America looks after the men and women who sacrificed so much for their country, we knew he was on to something.

Care for veterans is a big deal, but it was treated more like an afterthought by establishment politicians. The Las Vegas area alone is home to more than 160,000 veterans, and the system we had in place to care for them was downright weak before President Trump came along.

We all saw the catastrophic failure of the Department of Veterans Affairs (VA) to adequately treat the thousands of men and women who came home wounded, disabled, or suffering from PTSD after serving in the various conflicts this country has fought over the past two decades. We all knew the spike in suicide among veterans was outrageous.

Donald Trump was aware of these deficiencies, too, and since taking office, he has devoted himself to fixing the problems and making sure the fraudsters responsible for those screwups got the message: “your fired.” That’s why he signed the VA Accountability and Whistleblower Protection Act, creating a whole new office at the VA to bust up the culture of incompetence and duplicity that led VA officials to attempt a cover-up after it became known that veterans were literally dying while waiting for routine medical care at VA facilities. Meanwhile, the VA Choice and Quality Employment Act is making it easier to attract and hire better people who can get the job done.

President Trump also signed two other bills, the Veteran Appeals Improvement and Modernization Act and the VA MISSION Act, to give vets more options than the same old one-size-fits-all facilities that let them down so spectacularly in the past. The new choices track popular changes in private health care, such as offering walk-in immediate care at community clinics, which veterans can now access using their VA benefits.

Along with several executive orders the President has signed, these reforms expand veterans’ access to tele-health consultations for both physical and mental health, even devoting extra resources specifically to help veterans at risk of suicide. The White House’s new VA hotline has already been used more than a quarter million times, resolving 94 percent of veterans’ requests.

Just as importantly, President Trump has made sure that those who serve this country in uniform get a pay boost. We can say from firsthand experience: ain’t nobody joining the Marines, or the Army, or the Navy, or the Air Force to get rich. Every bit does help, though, and the latest National Defense Authorization Act the President signed provides the biggest military pay boost in nine years.

For the first time in years, we’re truly able to celebrate all kinds of gains this Veterans Day — all kinds!

The Hodge Twins are former U.S. Marines, members of the Veterans for Trump coalition advisory board, YouTubers, fitness experts and stand-up comedians.