Weinberg: GOP ‘Leaders’ Who Want To Screw Trump Cannot See Past Their Noses 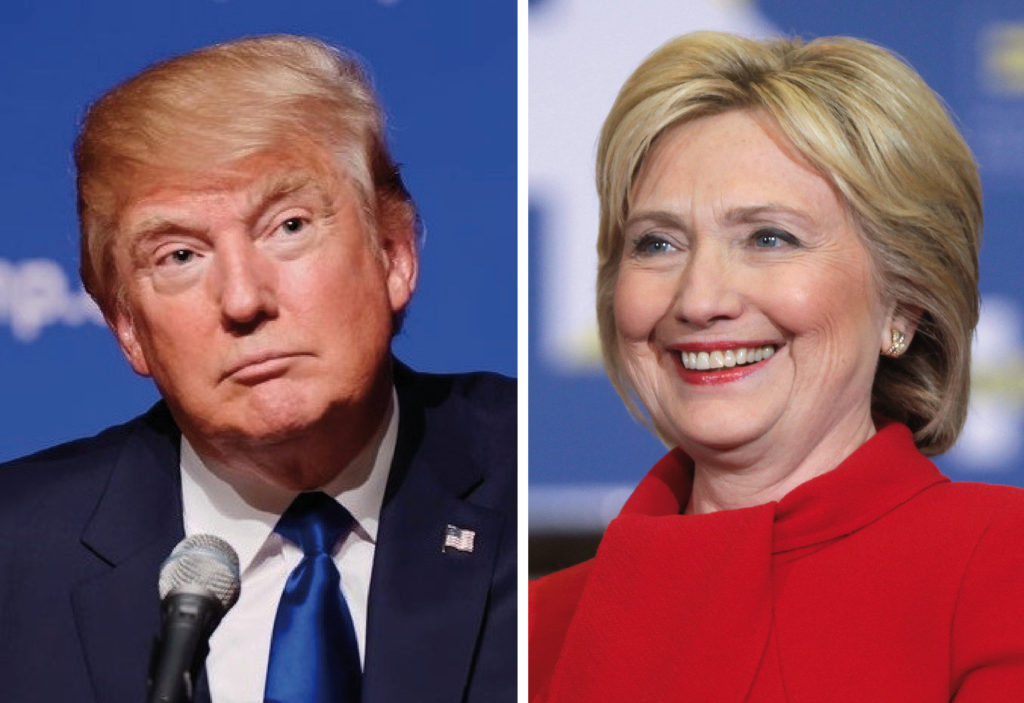 The results of the then-held primary elections in most states ignited Donald Trump and Hillary Clinton to let the battle between them begin. (Courtesy: Wikimedia Commons)

(Fred Weinberg) – The mainstream media has a love-hate relationship with Donald Trump.  They love the ratings he brings and they hate him.

And now, that his inevitability as a Republican nominee is becoming much more clear, what Rush Limbaugh has named the drive-by media really hates him. After all, he’s a threat to the handmaiden of Wall Street — the owners of most big media — Hillary Clinton.

Truth be told, this is NOT dissimilar to the campaign of 1980 when Ronald Reagan took control of a party floundering in the wake of Watergate and a disastrous 1976 election which was the product of an “open” convention and, in the first four years of his presidency, made it his.

The former Democrat union president had to kick a lot of GOP establishment butt for that to happen. It was NOT a warm, fuzzy time in the history of the Republican Party.  Time and his mostly successful record has dimmed much of the actual rhetoric of the day.  Millennial memories are mostly non-existent because if you were born in the last year of the Reagan presidency you are about 28 years old today which means that young voters must rely on the history they did not learn from union teachers in the last 40 years.

That same Republican establishment Reagan had to deal with then, is scared fecesless (not really a word, but you get the point) today that Trump and his millions of new voters are going to win the day (they probably are), so they are conspiring with the drive-bys, looking for ways of stopping Trump and, it appears that many of them are willing to take a four-year dose of Hillary in the alternative.

Back room deals in Colorado (a convention as opposed to primaries and caucuses so the voters don’t even get close to the decision) and Wyoming are exactly why the voters — the real voters — hate the party, the establishment and what passes for leadership.

The anti-Trump element in Colorado and Wyoming ran those “conventions” and the actual Republican voters didn’t ever get a chance to vote unless they knew the secret handshake. And now, a tag-team approach between Cruz and Kasich to try and do what neither campaign could do by itself.  It appears that desperation drives Cruz to leave no sleazy trick untried. Were it legal, you could get very long odds in Vegas on that prop bet.

All of this is premised on the Ted Cruz and John Kasich delusion that millions of popular votes cast in the vast majority of state primaries won’t count if Trump shows up in Cleveland with, say, 1,235 delegates on the first ballot instead of 1,237.

It may actually be the first time in modern history that you can accurately accuse many Republicans of smoking crack.

Some of the old “sages” of alleged conservatism are fond of pointing out that is almost exactly what happened in 1976 when Gerald Ford was challenged by Ronald Reagan. They always forget to remember the ending.  Ford won the nomination and lost the election.

To the second worst President in modern history — Jimmy Carter.

Allow me to tell you what will happen if the GOP establishment changes the rules to the detriment of Trump.

In small words, that what passes for GOP leadership which went to public schools in the last 30 years may be able to understand, you and your little private club will be history.

It’s not like political parties were written into the Constitution.

Contrary to some of the rhetoric which has been spewed in the last nine months, if you actually read each of the 4,372 words in the Constitution of the United States as adopted, you will see the word “party” only four times and none of those four refer to political parties.  Thus, there is also no reference to primary elections.

So, it would not be particularly wise to talk about people who disrupt what has become part of our power structure as being, somehow, operating against the Constitution.

Our founding fathers were NOT members of the Grand Old Party nor were they Democrats (with a Capital D).  They were old fashioned politicians and they did not have a 24-hour news cycle and smartphones to keep them informed.  When they wanted to win an election, they talked directly to the voters and connected.

So I’m getting a little tired of the drive-bys aiding and abetting the soon-to-be-deposed GOP establishment by listing all of the bogus reasons that Trump a) can’t and b) shouldn’t win an office by actually getting more votes than anyone else.

They are proving that the combination of public school with teachers’ unions in the last 40 years and all of the information at their fingertips which they are ignoring is a deadly combination.