Weinberg: Nevada Taxpayers Association… Lying About Who They Represent Statewide

(Fred Weinberg) – There is an organization — notable mostly for its misleading name — which claims to represent the taxpayers of Nevada when, in point of fact, it represents mostly people who help collect the taxes the legislature extracts from you and I, the REAL taxpayers of Nevada. 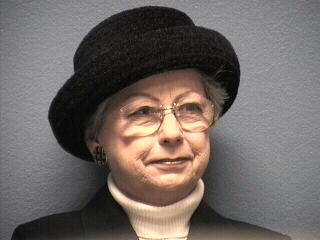 I am talking about the Nevada Taxpayers Association, which would have you believe that it represents YOUR interests as opposed to their interests.

It is people like this that are the reason Trump is in and Sandoval is out amongst the psyches of the voters.

If you look at the board of directors of this august organization, it is dominated by tax collectors like Walmart, Centurylink, AT&T, Southwest Gas, Wells Fargo, Bank of America, Western Nevada Supply, the bankrupt Caesar’s Entertainment and Champion Chevrolet.

These are all corporate aiders and abettors of the tax establishment.

Businesses, you see, don’t pay taxes. They either collect them by passing them through directly as in sales taxes or indirectly by adding things like property or employment taxes to the cost of the products they sell you.

So, when you look at an organization like this one, you should look and see who serves on their board of directors.

If it is littered with people who represent companies such as those above as opposed to just regular people than the odds are that their interests will not align with our interests.

Let me give you an example.

The Nevada Taxpayers Association has come out AGAINST the petition to repeal the so-called commerce tax because the board, littered with representatives of the people who gladly take your money in commerce and will gladly pass that tax along to you in the form of, say, a higher NSF check fee at the Bank of America or Wells Fargo or a higher broadband rate from AT&T or Centurylink doesn’t think you are smart enough to make tax policy at the ballot box. Never mind that you turned almost the very same tax down by a 4-1 ratio in 2014.  If a bunch of self-important clowns in the legislature think you are too stupid to decide on tax policy, that’s it.  It’s fine with WalMart, the Bank of America, Wells Fargo, AT&T, and Centurylink.

Here’s a message for retiring President Carole Vilardo, who ranks with Jon Ralston when it comes to selfless self-promoting:

Have a nice retirement while you pay all those taxes you think we are too stupid to vote on.

If you’re going to call yourself the Nevada Taxpayers Association the very least you can do is to mention which taxpayers you are representing,

It sure isn’t anyone who actually pays taxes.

Mr. Weinberg is publisher  of the Penny Press. Get to know more about him by visiting www.PennyPressNV.com.

N&V StaffMarch 23, 2022
Read More
Scroll for more
Tap
Weinberg: GOP ‘Leaders’ Who Want To Screw Trump Cannot See Past Their Noses
Don’t Have Solar? Want To Pay For It Anyway?