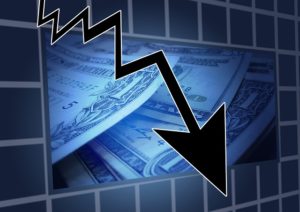 Nevada was hit hardest among the 50 states by the Great Recession of 2007-09 and was the slowest to recover.  It was the last state to see its total employment levels return to pre-recession figures – even though our population growth had already resumed.

Since nearly everyone agrees that high employment is good, you’d think a public policy change that increases employment is something politicians would embrace.  From experience, we’re skeptical, but we offer here evidence for just such a change: reforming state occupation licensing laws.

Economics studies two competing rationales for occupation licensing: public interest and rent-seeking.  Public interest is what folks learned in ninth-grade civics.  Namely, individuals often don’t have enough information about sellers in a marketplace to avoid economic, health or safety damage from unqualified practitioners.  So, requiring practitioners to pass an examination or otherwise show enough knowledge and experience before offering their services to the public in some areas makes sense.

Rent-seeking is one of those odd terms economists invent to mystify normal folks.  In occupation licensing it means a conspiracy by incumbent practitioners – members of the club – to reduce the competition they face by keeping out as many would-be sellers as possible.  A labor cartel.

For example, if one has an engineer’s license from California, instead of allowing her to merely register that license with the Nevada engineering board in order to practice here, the newbie must take again the examinations she already passed to get California’s license.  If that were a sound policy, we’d require Nevada licensed engineers to retake those exams periodically, but we don’t.

Nevada registration is very burdensome, too, because it requires her to find the engineers who signed for her to take the exam in California — perhaps 30 years ago — and have them again submit reference letters for her.

So there’s grounds for licensing some occupations, but the question is: Which ones and what are the reasonable requirements to get certified?  Aye, there’s the rub.

Many studies have addressed these questions about various licensing requirements.  As a whole, this empirical literature shows that many states have unreasonable requirements that work against the public interest by significantly reducing employment and economic growth while adding very little protection against economic, health or safety damage.  However, as those restrictions work against the public interest, they benefit the incumbent practitioners by reducing competition and thus increasing consumer costs and reducing quality.

Some examples are notorious, such as the requirements in some places that people wanting to braid hair in cornrows must have full beautician licenses.  All states license cosmetologists, but the number of hours of trainee experience required to take the exam varies from 1000 (over six months) to 2300 (nearly 15 months).  Some states require cosmetologists to accumulate more training hours than life-saving emergency medical technicians (EMTs).

The latest major study in this area, by the Wisconsin Institute for Law & Liberty, reviewed ten low- and moderate-income professions widely licensed around the country for which data are available.  They are aesthetician, athletic trainer, cosmetologist, EMT, locksmith, manicurist, massage therapist, pest control worker, private detective and veterinary technician.  Clearly, not all these occupations merit state registration.

First, the study developed an overall red-tape index for each state based on the fees, length of experience, number of exams and age requirements for these ten occupations.  By this measure, Nevada was only third most hostile to allowing people into these professions, behind Tennessee and Alabama.

The authors also studied the estimated employment impacts from reducing each state’s current regulatory burden to that of Hawaii, which has the least severe restrictions.  Nevada finished second to Tennessee and just ahead of Oklahoma and Louisiana.  If Nevada used Hawaii’s requirements, we could increase employment 8.5 percent in these occupations.

Many people move to Nevada every year, but our occupation licensing restrictions discourage not only those ten occupations but also the teachers, engineers, accountants, doctors and nurses, etc. we need.  Something the next governor and legislature should consider.