The history of what passes for “leadership” in the Republican caucus of the Nevada State Assembly for the past 25 years is filled with examples of moderate, wishy-washy, go-along-to-get-along, you-get-the-gold-mine-we-get-the-shaft JV’ers who had legislative circles run around them by their Democrat colleagues.

And those were the good ol’ days.  Things are about to get worse.

Thanks to the “red wave” in 2014, Republicans ended up in the majority in the Legislature’s lower house for the first time since 1985.  And as Republicans are wont to do, immediately proceeded to blow their opportunity by passing the largest tax hike in Nevada history.

As the saying goes, you can’t fix stupid.

In fact, 10 of the 13 Assembly Republicans who voted for that $1.4 billion tax hike are no longer in the Legislature.  And the remaining three are still high up on the political endangered species list.

But if you think Assembly Republicans have learned their lesson, think again.

After tax-hiking Minority Leader Paul Anderson quit the Assembly a couple months back and “cashed in” by nabbing a cushy government “juice” job, the caucus foolishly elected Assemblyman Jim Wheeler (R-Douglas County) to run their show.

You remember Jim Wheeler.  He’s the guy caught on tape a few years back saying that if a majority of his constituents wanted to bring back slavery, he’d vote for it – which set off a national firestorm of outrage and ridicule. 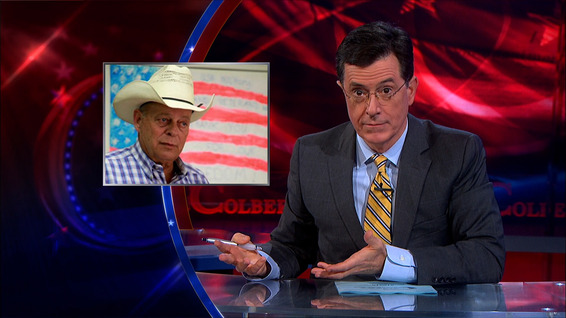 But Wheeler was re-elected in 2014 thanks to the overwhelming majority of GOP voters registered in his district.  And after having successfully dodged that political bullet, Wheeler began to weasel his way into caucus leadership – ironically, considering the nature of the controversy, being tapped in the 2015 session as minority “whip.”

And in his power-seeking efforts to ingratiate himself with the Republican establishment, Wheeler started playing the Carson City swamp’s version of “Let’s Make a Deal” and abandoned his previously professed conservative principles in the interest of “compromise.”

Meet the new boss; same as the old boss.

How’d did Assembly Republicans get to this low point?  Simple.  Within the GOP caucus the establishment moderates still outnumber the true conservatives.  And the moderates, seeing Assemblyman Wheeler-Dealer’s metamorphosis, crowned him as their new Lord of the Flies.

But if conservatives manage to gain a majority of the Republican caucus in next year’s elections, Wheeler will surely be ousted from his new perch as unceremoniously as former Minority Leader Pat “The Appeaser” Hickey was after the 2014 election.

So it should come as no surprise that even though the caucus voted to support ALL incumbents next year, Wheeler is reportedly now making private calls to donors urging them not to contribute to the re-election campaign of at least one of his conservative colleagues, Assemblyman Jim Marchant.

This is NOT good.

Power is a powerful aphrodisiac.  Wheeler has gotten a taste of it and has become addicted.  He won’t give it up without a fight – even if it means once again selling out conservatives.  The more things change…

Michelle “On Your Side” Mortensen definitely made Santa’s “Nice” list this year.

The conservative Republican, who recently left KLAS-TV8 as its consumer advocate to run for Nevada’s 3rd congressional district seat, signed the Taxpayer Protection Pledge – sponsored by our friend Grover Norquist of Americans for Tax Reform – Tuesday night with me and Santa his own self as witnesses! 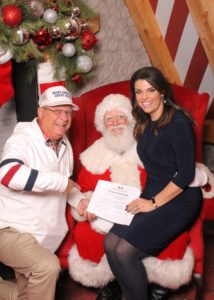 Of the four announced GOP candidates for this seat, only Dave McKeonremains on Santa’s “Naughty” list of those who have NOT signed the Pledge.