What Saved Hostess And Twinkies: Automation And Firing 95% Of The Union Workforce

What Saved Hostess And Twinkies: Automation And Firing 95% Of The Union Workforce
N&V Staff 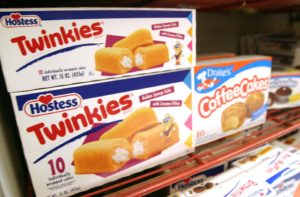 (Tim Worstall , Forbes.com) Unions fight for the working man and act as a counterbalance to the power of the capitalists. And there’s no reason why someone should not be able to avail themselves of such union protections–the right of association is as important a freedom as the right to free speech is. However, it’s also true that unions, just like any other form of human organization, can become stultified. They can become the problem rather than the solution to anything.

That was the case at Hostess, the producers of Twinkies. They went bust, twice, as a result of heinously bad union arrangements:

Where the company just five years ago had 8,000 employees — 75 percent of whom were represented by unions — the company now says in filings that it has a “streamlined employee base” of roughly 1,170 workers. That workforce is the shadow of a once-vast empire, which shortly before its troubles totaled 22,000 workers across more than 40 bakeries.

It wasn’t just one union that was part of the problem:

Tuesday’s announcement is the latest chapter in the snack maker’s tumultuous century-old history. Hostess says it traces its beginnings to 1919, and it grew by absorbing competitors. In the process, it ended up with 372 separate bargaining contracts for workers, 5,500 delivery routes and a vast production system.

N&V StaffSeptember 14, 2022
Read More
Scroll for more
Tap
How I Learned more working in a restaurant than I did in college
How Uber Secretly Investigated Its Legal Foes — And Got Caught