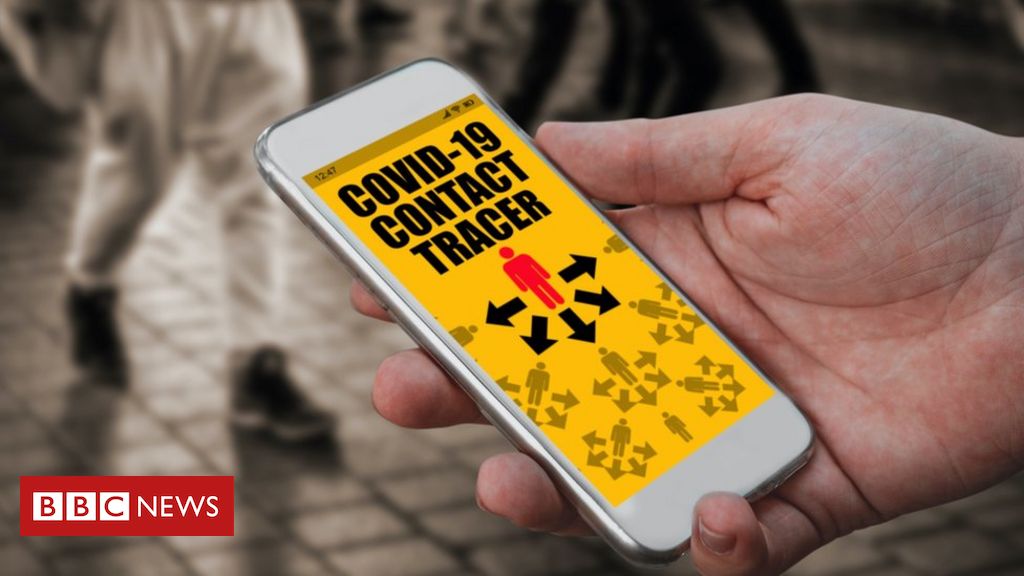 (Chuck Muth) – Nevada Gov. Steve Sisolak’s first magic cure for making the COVID-19 bug go away was social distancing.  Then it was increased testing.  Then it was “The Mask.”  Now he and fellow Democrats are pushing “contact tracing.”

In a tweet on Monday, Rep. Susie Q. Lee (D-NV) chimed in to second the guv’s emotion…

“Remember, contact tracing is key to slow the spread of #COVID19. If you get a call or voicemail from our hard-working Nevada contact tracers, please do you part and take the call!”

Treat that call as if it was an ax murderer on the other end checking to see if you’re home.

Seriously, if you’re not already scared down your skivvies over the loss of individual liberties thanks to the spreading SISOLAK-19 virus, you will be over this “contact tracing” thing.  Here’s how it works…

You decide, for whatever reason, to get a COVID test.  In three to seven days it comes back positive.  Your life is then taken over by government agents who will grill you about everywhere you’ve been and everyone you’ve been in contact with.

And that’s just the beginning.

Danielle Wallace of Fox News reported on Sunday about the nightmare a Kentucky woman, Elizabeth Linscott, and her family have been subjected to since getting a positive test, even though she was showing no symptoms.

Because of the test result, Mrs. Linscott was asked by the Hardin County Health Department “to sign documents agreeing to call them any time she left her house.”  She refused.

WAVE 3 News picks up the story…

A couple of days after she denied signing the Self-isolation and Controlled Movement Agreed Order, Linscott said the Hardin County Sheriff’s Department arrived at her home without warning. Her husband, Isaiah, was home.

“I open up the door, and there’s like eight different people, five different cars,” he said. “I’m like, ‘What the heck’s going on?’ This guy’s in a suit with a mask. It’s the health department guy, and he has three papers for us – for me, her and my daughter.”

The couple was ordered to wear ankle monitors. If they travel more than 200 feet, law enforcement will be notified.

“We didn’t rob a store. We didn’t steal something. We didn’t hit and run. We didn’t do anything wrong,” Elizabeth Linscott said.

To be clear: The young mother didn’t refuse to self-quarantine.  She simply refused to sign the government’s form because of the wording restricting “her traveling anywhere unless she calls the health department first.”

Now she has to get a lawyer.

But whatever you do, don’t think for a minute nothing like this can happen to you as long as you don’t get a positive COVID test.  Which brings us back to contact tracing.

Over the weekend I learned of an unidentified individual in Carson City who tested positive.  The Contact Tracing Police then leapt into action and compiled a list of people the individual had been in contact with.

Well, one of the individuals named by the COVID-positive individual was then contacted by the Contact Tracing Police and forced to sign a “Declaration of Self Quarantine.”  Let’s call this victim “Hostage One.”

“I understand that to protect my family, friends and community from the spread of this disease, I must physically separate and confine myself away from other people for the period of time specified by a court or health authorities, including the Carson City Department of Health and Human Services (CCHHS).”

“I understand that any willful action that I take which exposes other people to this communicable disease may be deemed a reckless disregard for the safety of others by a court of law and could lead to civil liability or criminal prosecution.”

To be clear, Hostage One wasn’t tested for the Wu-Flu.  He/she was only reported to government authorities as someone who may have been in contact with someone else who did test positive.

Nevertheless, Hostage One was sentenced to a mandatory 14-day quarantine.  Not only was he/she barred from going to their job, he/she was barred from even leaving the house.  And not just him/her, but their entire family.

Understandably, Hostage One was, and continues to be, scared to death to say anything publicly about their ordeal.  It was shared with me on the condition that I keep their identity confidential.

“I’d like to stay off the radar,” Hostage One wrote.  “This shit is insane.”

After being released from quarantine last week, Hostage One wrote to a friend…

“The person who tested positive gave our name to Health and Human Services.  We were basically on house arrest.  I was told I could not leave my yard, even to run.  They had a ‘monitor’ that called us to make sure we were home every day.”

Hostage One “felt so on edge; like they were watching me” that they didn’t even tell friends what they were going through at the time.  They felt trapped and terrified.

“It was awful.  Not to mention the two weeks of income we missed.”

Hang on.  It gets worse…

“It was a mess.  You can’t get a test without having symptoms unless ‘they’ say it’s OK.  So we were tested last Friday.  That was 3 days after our mandated ‘voluntary’ quarantine.  We got the results yesterday.”

Got that?  Hostage One was forced into involuntary quarantine because an unidentified individual who tested positive ratted them out to the Contact Tracing Police.

Then, because they had no symptoms, they had to ask for the government’s permission to get tested while quarantined.  The test results didn’t come back for a week.

AND THEY TESTED NEGATIVE!

Locked up under the threat of criminal prosecution, not for having the Wu-Flu, but for possibly coming into contact with someone else who DID.

Look, I’m neither a doctor nor a lawyer.  So I’m not venturing either medical or legal advice here.  However…

If, hypothetically, I suspected I might have picked up a mild case of the ‘rona, but it wasn’t so bad that I needed medical attention, I would NOT get tested!

First, I’m not persuaded the tests are accurate.  Click here.

Secondly, even if I learn I’ve tested positive…so what?  It cures my curiosity, but nothing else.

There is no cure or treatment at this time.  So if I have mild, flu-like symptoms I’m just going to do what I’d do with any other strain of the flu…sleep, drink plenty of water, double up on the Vitamin C, eat chicken soup, take two aspirins and hope to feel better in the morning.

Thirdly, I’m not about to be another “case” for Sisolak to use to keep our state and economy locked up.

And lastly, but now most importantly, I ain’t about to subject myself, my friends or my family to the Contact Tracing Police.  I’d self-quarantine and let folks I know that *maybe* I have the ‘rona and *maybe* they’d been exposed.

But I wouldn’t tell the government.

That’s just me.  You have to choose for yourself what you’d do in similar circumstances.  But reflect carefully on the experiences of the two families noted above before making your decision.

Your very freedom is at stake.

“The market will crash, your taxes will go up, your police will be defunded or replaced with social workers, and rioters will stroll through your gated property at will. Sound good? Then vote for #JoeBiden. If not, vote for @realDonaldTrump like your life depends on it.” – James Woods