Who gets to say what, wave what flag and have what mascot?

Who gets to say what, wave what flag and have what mascot?
N&V Staff 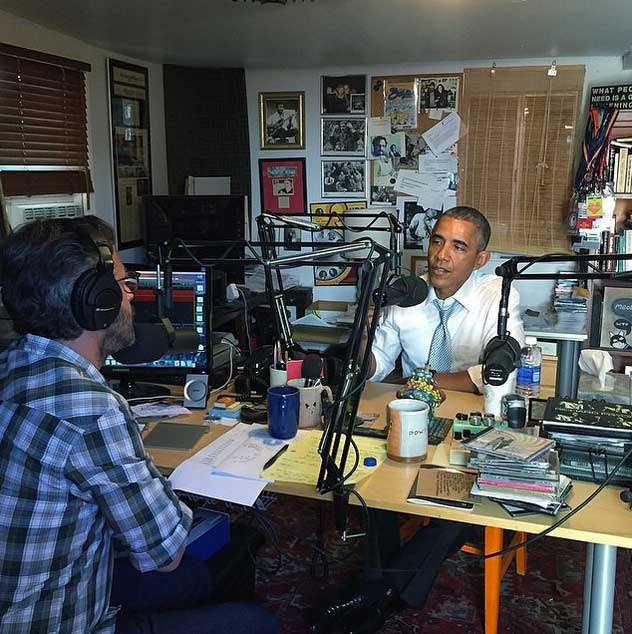 Obama in a radio interview.

(Thomas Mitchell) – “When I use a word,’ Humpty Dumpty said in rather a scornful tone, ‘it means just what I choose it to mean — neither more nor less.’

You can’t tell what is politically correct without a program, but who the hell has the program?

Several years ago I wrote an editorial for the Las Vegas newspaper excoriating the bowdlerized version of Mark Twain’s “Huckleberry Finn” that was being published then, because it changed the nickname of the character Jim to “slave” instead of that racial slur used by Twain 219 times in the novel. To avoid the obvious hypocrisy, I spelled out the word.

The then-publisher spiked it after the one black employee he could find said it was offensive. He didn’t edit out the “offensive” word, he spiked it. That was his privilege.

So in the same week that everyone is talking about removing “racist” symbols, such as state flags and university team mascots, following the killing of black churchgoers in South Carolina, Obama goes on the radio and uses that offensive term, while claiming that racism is in our DNA.

A black Las Vegas Councilman and UNLV-alum Ricky Barlow was on KXNT this morning. He opposed doing away the UNLV mascot known as Hey Reb, which was illustrated by the late newspaper artist Mike Miller and sold to the school for a dollar.

Symbols and words don’t spur people to kill, being crazy does. We can’t gag everyone and prohibit ideas and debate because a few people are nuts.

The Las Vegas Sun has a story online saying Harry Reid did not call for UNLV to drop the Rebel name and mascot. Who are going to believe? Harry or your lying ears?

The R-J story has the same spokesman quoted by the Sun denying the stance confirming the position.

N&V StaffOctober 4, 2022
Read More
Scroll for more
Tap
Roll Call: Obama gets trade win; Democrats give in on TAA
Nevada Legislature: Do as we say, not as we do!