Why Should Any Citizen Trust or Have Any Respect for Federal Law Enforcement?

Why Should Any Citizen Trust or Have Any Respect for Federal Law Enforcement?
Penny Press 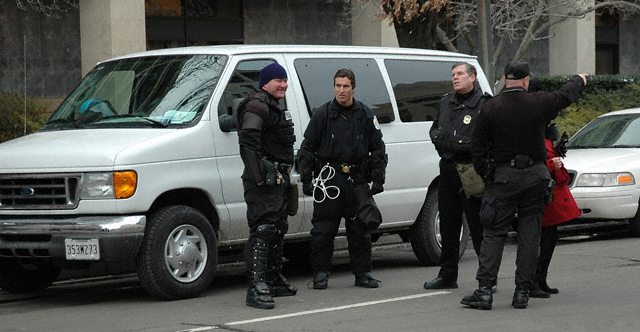 Do you know what the end result of the Mueller witch hunt and the associated hijinks is going to be?

Very few people in America will trust or have much respect for Federal law enforcement going forward.

The FBI has acquitted itself horribly.  Some of its agents in high profile cases have lied, cheated and generally acted in a disgraceful manner.  And not just in the Mueller witch hunt.  Look at what these geniuses did in the case of Las Vegan Billy Walters where an agent leaked information to the press during the trial.

The Federal prosecutors certainly have not resembled anything you’ve ever seen from Sam Waterston (playing Jack McCoy) on Law and Order.  And, again, not just in the Mueller witch hunt.  Look at what happened in the Cliven Bundy trial in Las Vegas where they screwed the prosecutorial pooch so badly that an Obama appointed liberal Federal Judge had to toss the charges based on prosecutorial misconduct.  After she kept Bundy in Jail for TWO YEARS because she said he was a threat to society.

One thing is for sure.

With “stellar” police work like the FBI has recently engaged in and prosecutions like the Mueller team and their associates in New York are now placing on display, no matter how the witch hunt turns out, the public—both left and right—has no reason to ever respect these clowns again.

If you hate the President, wait until the shoe is on the other foot.

And if you love the President, remember that this just happens to be his day in the barrel.  Pendulums swing, governments change, but the damage being done to the Department of Justice may well be permanent because it’s going to take an awful lot before anyone—in their heart of hearts—believes anything the FBI and virtually any US Attorney would ever say.

Inexplicably, the man presiding over all of this nonsense is the very person you would not have thought capable of besmirching the Department of Justice, Jeff Sessions.

His choice, by President Trump, was cheered as inspired.

It turned out to be anything but.

What Sessions appears to lack is a pair of testicles.

What Attorney General allows a clearly corrupt “investigation” to continue to disrupt a presidency which has done more in two years than most Presidents have achieved in two terms?

Some months back, we wrote in this space that the President should: “set up a rally in Las Vegas, Nevada on a Sunday night and fire the Attorney General, the Associate Attorney General, the Special Prosecutor and his entire staff in front of however many people they can fit into the T-Mobile Arena where the Las Vegas Golden Knights play.  It would be a better show than even the Knights winning a Stanley Cup. And then, look into the camera and dare the morons in Congress who have been “warning” him to take their best shot. (After all, he’d be in the arena where the best goalie in the NHL plays.)”

That was in May.  Today?

It is well past time to remove the vermin from the Department of Justice and let the chips fall where they may.

And here’s another question.

Have Sessions, Rod Rosenstein, Robert Mueller and his angry Democrat team committed any Federal crimes?  Any gross malfeasance?  Do they need to be perp walked?

One way in which we will know is if the President declassifies the information which that group of people so desperately wants to remain redacted.

It appears that the Swamp’s campaign to rid itself of the President may have crossed a few lines and my guess is that the American public is going to stand firm in his support.  Maybe a new Attorney General will as well.

Chuck MuthMay 20, 2020
Read More
Scroll for more
Tap
Over $1.6 Million to Non-Profit and Law Enforcement Agencies
So Many Things Leftists Know That Aren’t So