So Many Things Leftists Know That Aren’t So

So Many Things Leftists Know That Aren’t So
Ron Knecht 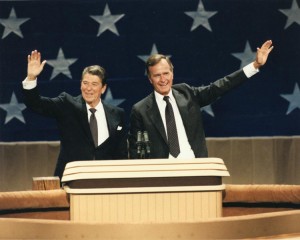 President Ronald Reagan made a fundamental point about leftists when he said: “It isn’t so much that liberals are ignorant. It’s just that they know so many things that aren’t so.”

Ocasio-Cortez recently said that, “unemployment is low because everyone has two jobs.”  Also, “people are working 60, 70, 80 hours a week and can barely feed their family.”  Warren claimed people “are working minimum wage jobs that won’t support them or they’re working two, three or four jobs.”

Andy Puzder, the former boss at CKE Restaurants and author of “The Capitalist Comeback: The Trump Boom and the Left’s Plot to Stop It,” had fun debunking this nonsense in the Wall Street Journal.  He pointed out that federal government statistics show that, since 2010, only about five percent of working Americans have had multiple jobs.  One in twenty; not exactly everyone.

Moreover, five percent is not enough to significantly lower the unemployment rate.  Ocasio-Cortez and Warren were using their two-jobs factoid to conclude that current unemployment numbers are misleading and President Donald Trump’s economic policies aren’t working.

Warren also says people are “working minimum wage jobs that won’t support them.”  Although few people earn only minimum wage, this point is at least true as far as it goes.  Which is not very far at all.

The federal minimum wage of $7.25 per hour won’t support one person very well, let alone a family.  But minimum-wage labor was never meant to support families, and it does not need to do so.

Minimum-wage jobs provide a stepping stone for first-time workers to get them the experience they need to move up in the work force.  They also provide second jobs, mostly part-time, for some family members where the prime earner is making much more and the second job merely augments the family income.

According to the federal Bureau of Labor Statistics, about 1.2 percent of the work force is employed at or below the federal minimum wage.  (Employment below minimum wage is typically wait staff at restaurants who make most of their income via tips.)  Hence, the alleged problem of low wages does not at all support the left’s basic thesis that capitalism allows predatory companies and bosses to keep great masses in poverty, requiring government intervention up to and including socialism.

But even 1.2 percent overstates the problem.  Workers under 25 represent less than 0.4 percent of the labor force, but they account for about half of those paid the minimum wage or less.  That shows that the minimum wage is mainly a way for first-time employees to get a start and experience to move up.

But what about race and ethnicity?  It’s also a non-factor.  About three percent of blacks earn the minimum or less.  For whites, Asians and Hispanics, the figure is about two percent.

Finally, note that significant increases in the legal minimum wage tend to terminate many low wage jobs (for example via automation), meaning many of the intended beneficiaries are worse off than they were.  Seattle proved that point again recently.

The real problem is that leftists make things up and just plain lie – rampantly.  Using the Big Lie technique they repeat their narratives until people accept them as true.

Most of all, the lamestream media, being mostly leftists, embrace these lies and amplify them.  They “fact check” every Trump utterance, but not lies like these.  And then they can’t understand why people call them the fake news.

N&V StaffJanuary 21, 2021
Read More
Scroll for more
Tap
Why Should Any Citizen Trust or Have Any Respect for Federal Law Enforcement?
Nevada News & Views: August 28, 2018