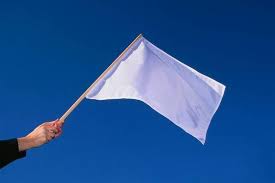 (Chuck Muth) – Free-market conservatives continue to push for Congress to eliminate the current U.S. sugar program – which imposes measured tariffs and quotas on imported sugar from nations that provide substantial subsidies to their own domestic sugar industries – despite the fact that such universal disarmament would inevitably harm U.S. farmers.

Fair-market conservatives argue that U.S protections should only be lifted after foreign competitors eliminate their price-distorting subsidy programs which give them an unfair advantage in the global marketplace.

Well, a new report released by the American Sugar Alliance (ASA) looks at how a universal disarmament policy has worked in the European Union – and it’s not a pretty picture.

As ASA notes, it’s now been 13 years since the EU “first began tearing down its sugar program.”

The kicker?  “Subsidies remain prevalent as prices plummet below the cost of production.”

In other words, after the EU laid down its arms, its competitors kept theirs.

“Europe is often held up as a model for sugar reform, but the facts tell a much different story,” said American Sugar Alliance Chairman Ryan Weston. “European taxpayers continue to spend millions propping up the sugar industry while farmers face bankruptcy.

“Simply put, unilateral disarmament doesn’t work. A free sugar market will only be realized when every nation agrees to put an end to unfair subsidies that threaten highly efficient U.S. producers.”

And that’s the heart-and-soul of Rep. Ted Yoho’s (R-FL) “Zero for Zero” proposal.  If adopted, the U.S. would eliminate its modest sugar industry protections, but ONLY after foreign competitors eliminate their generous sugar subsidies.

It’s the only policy that makes sense – and the failed EU experiment with universal disarmament proves it.