Will the Reid machine sputter without Harry at the throttle?

Will the Reid machine sputter without Harry at the throttle?
N&V Staff 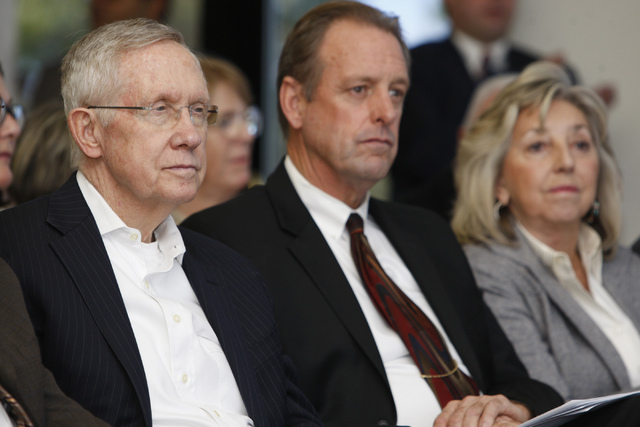 (Laura Myers of Las Vegas Review-Journal) – On the day Harry Reid announced he would retire from the U.S. Senate, he made an important phone call.

On the line was former Nevada Attorney General Catherine Cortez Masto, a Latina he wants to replace him.

“She has a great résumé,” Reid said Friday in an interview on public radio station KNPR. “Her dad and I were friends many years ago. She has a background that really is significantly powerful. I hope she runs, and if she does I will help her.”

The call was a stock move by Reid, D-Nev., the 75-year-old Senate minority leader who will retire when his term ends after the 2016 election. Perhaps the most powerful politician in Nevada history, Reid has run the Democratic Party in the state with an iron grip for the past decade. He’s often the arbiter of who runs and who doesn’t in the Silver State, steering big donors toward his favored candidates and talking others out of running to avoid divisive primaries.

Beginning in 2004, when he became a Democratic leader in Congress, the senator began building the “Reid machine” within the Nevada Democratic Party. It registered 100,000 new voters ahead of the 2008 election to help put Barack Obama in the White House and Democrats in charge of the Nevada Legislature and most state constitutional offices.