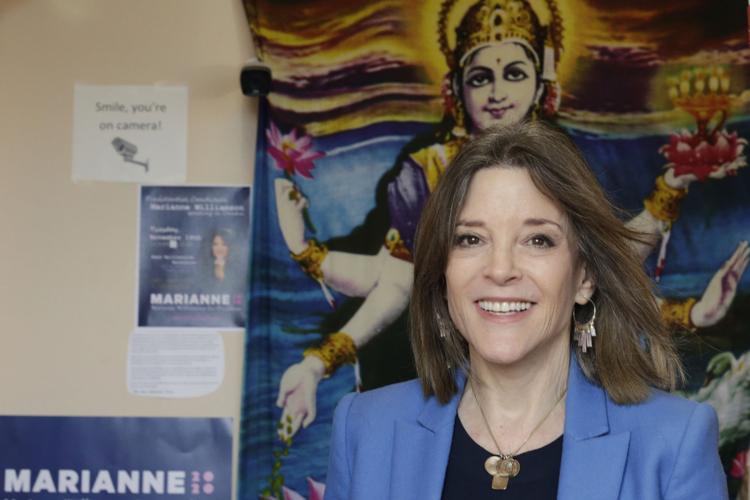 Less than a month before the Iowa caucuses, the field of Democratic hopefuls pursing their party’s presidential nomination could shrink yet again.

Author Marianne Williamson on Thursday laid off her entire campaign staff, citing cost as the reason.

“We’ve had a wonderful team and I am deeply grateful for their energy and talents,” she said in an email to supporters Thursday night. “But as of today, we cannot afford a traditional campaign staff.”

Reports indicated there were about 45 people let go.

Williamson’s announcement came later in the day after former San Antonio Mayor Julian Castro said he was dropping out of the race.

Williamson also told supporters she was not suspending her candidacy just yet.

“A campaign not having a huge war chest should not be what determines its fate,” she said. “The point of my candidacy has been to tell the heart’s truth and that does not cost money.”

Replying to an Instagram post Thursday night, Williamson said “No way we can compete in Iowa. We’re on our way to New Hampshire for the month.”

The Iowa caucuses kick off the 2020 voting season on Feb. 3, followed by the New Hampshire primary on Feb.11.

At one time there were nearly 30 people running for the Democratic nomination. After Castro’s Thursday decision, that number is now down to 14. The last candidate to drop out before Castro was California Sen. Kamala Harris in early December.

Of those still running, 13 will appear on the list of approved candidates when Nevada holds its caucuses on Feb. 22, according to the Nevada Democratic Party. The only candidate who will not be on the ballot is former New York City Mayor Michael Bloomberg.

The billionaire has not filed paperwork to run in any of the “early four” voting states – South Carolina being the last with a Feb.29 primary – and instead choosing to focus on Super Tuesday. That is scheduled for March 3 when 16 states will vote. Bloomberg has reportedly spent $100 million of his own money since entering the race late last year and is not accepting campaign donations.

The Center SquareNovember 7, 2022
Read More
Scroll for more
Tap
Ripping the Loincloth Off the Little Caucus that Couldn’t: Part III
Nevada in top 10 for population growth over the last decade