You Pay The Piper And I’ll Call The Tune 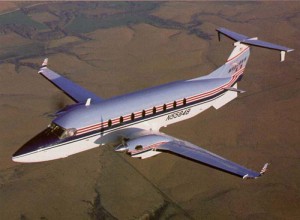 (Mike Chamberlain/The Cranky Hermit) – It’s only money and we’ve got plenty of it, right?

On some days, the pilots with Great Lakes Airlines fire up a twin-engine Beechcraft 1900 at the Ely, Nev., airport and depart for Las Vegas without a single passenger on board. And the federal government pays them to do it.

Federal statistics reviewed by The Associated Press show that in 2010, just 227 passengers flew out of Ely while the airline got $1.8 million in subsidies. The travelers paid $70 to $90 for a one-way ticket. The cost to taxpayers for each ticket: $4,107.

At the recent Regional Transportation Committee meeting there were several people from Mesquite and Laughlin complaining about the loss of rural bus service. The rural service is not a part of the controversial re-bid but is a separate contract with a non-profit that is heavily-subsidized by NDOT and the RTC, meaning the taxpayers of Nevada and Clark County.

The main reason these routes are being cut is because of low ridership. Many of them average less than a dozen riders per hour and one route averages less than 2 riders per hour. In effect, the taxpayers are paying to provide personalized bus service for some people in Mesquite.

What real obligation do the rest of us have to provide transportation to these people? At what point do people accept responsibility for their own choices and not rely on others to absorb the negative consequences of those choices?

People who live in rural communities have made the choice to live there, often because they prefer the rural lifestyle. Yet too many of them at the same time expect the rest of us to foot the bill to provide them with the amenities of city living that they also desire. They chose to live in a remote area but also demand that low-cost mass transit and airline travel be made readily available to them.

There are tradeoffs to everything in life. Every choice comes with a number of positives and a number of negatives. It is up to the individual to weigh them against each other and make the decision that provides the balance they prefer.

But far too many of us have become accustomed to expecting only the positives and demanding that others absorb the cost of any negatives.

Rural communities have many things that make living in them attractive. But there are also downsides. It can be a long way to the grocery store and there may be only one or two to choose from, for instance.

Certain services that people take for granted in the city may simply not be available or may be very expensive because of the cost to bring them to sparsely-populated areas. Low-cost air travel and mass transit are two of these.

It used to be that people who lived in these areas simply accepted these downsides to rural living. However, as is ever-more prevalent in our entitlement culture, more and more people who choose to live in rural areas now expect others to pay to relieve them of the negative aspects of that choice.

This is a symptom of a larger problem in this country. Life is a series of choices and tradeoffs, all of which have positive benefits and negative consequences. Too often we have come to expect to reap the benefits while forcing others to pay the consequences for those choices.