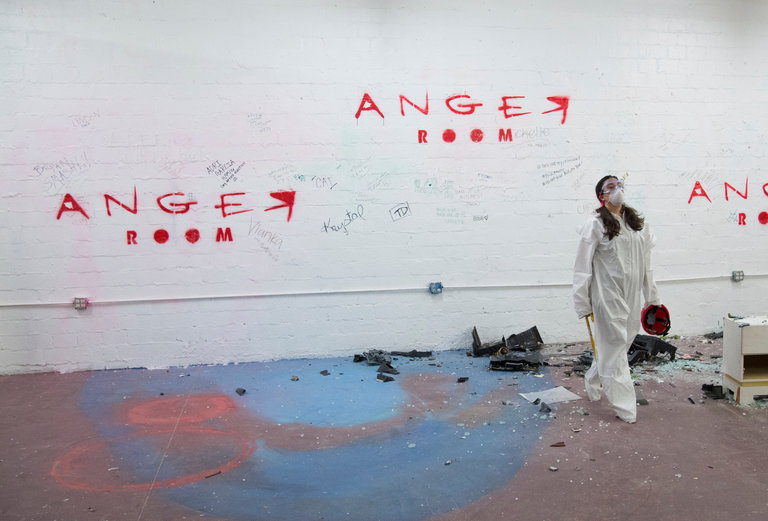 Anger room is a new way to relieve stress and problems. (Courtesy: The New York Times)

(Claire Martin, The New York Times) – When she was a teenager on the South Side of Chicago in the late 1990s, Donna Alexander fantasized about setting up a space where stressed-out people could relieve their tension in a safe, nonviolent way — by smashing mannequins, televisions, furniture and other objects. She was confident in her idea, but she wasn’t sure how to turn it into a business.

Finally, in the fall of 2008, and by then living in Dallas, Ms. Alexander began an experiment. She invited current and past co-workers to her garage to pulverize items she had collected from the curbs in her neighborhood. “I would play music on my laptop and just let them have at it,” she says. She charged $5. Soon, word of the stress-relief sessions spread throughout Dallas.

“I started getting strangers at my door asking if my house was the place to break stuff,” Ms. Alexander said. “When that happened, I knew I had a business.”