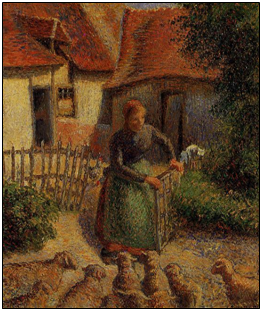 (Rick Manning, NetRightDaily.com) – Democrats may face another Confederate flag-like problem in the state of Oklahoma as David Boren continues to fight to keep stolen Nazi artwork from the family that is acknowledged to have had it stolen by Hitler’s thugs.

David Boren is the current President of the University of Oklahoma. A former Governor and long-time U.S. Senator, Boren is the one of the last reminders that the state once had a vibrant, populist-oriented Democratic Party.

Now, rather than just doing his job and rubber stamping academic waivers for head football coach Bob Stoops’ recruits, Boren has found himself in the middle of a wholly avoidable controversy involving stolen Nazi art.

The Fred Jones, Jr. Museum of Art at the University of Oklahoma doesn’t deny that they possess and exhibit a donated painting that was stolen from the Jewish claimants. Instead, Boren’s representatives play a legal game of arguing that the victims did not claim the art in time, and besides it was given in good faith to the University’s museum anyway.

The dispute over Camille Pisarro’s, “Shepherdess bringing in Sheep” is not over whether the University of Oklahoma’s museum legally obtained the painting, which they did through a bequest.

This leads to a couple of questions for David Boren.

Will he, as President of the University, continue paying lawyers in a fight to keep the piece which the school received for free?

Will he, as President of the University, set a good example for the student body by doing the right thing, or will he cling to loopholes and deny a Holocaust survivor her property?

Last year, David Boren faced a controversy where two SAE fraternity members were caught on video chanting racist slurs, and he acted by expelling the duo issuing the following statement, “To those who have misused their free speech in such a reprehensible way, I have a message for you. You are disgraceful. You have violated all that we stand for. You should not have the privilege of calling yourselves ‘Sooners.’ Real Sooners are not racist. Real Sooners are not bigots. Real Sooners believe in equal opportunity. Real Sooners treat all people with respect. Real Sooners love each other and take care of each other like family members.”

Unfortunately, based upon Boren’s actions to date, Real Sooners may not be bigots, but they don’t mind being associated with Hitler’s Holocaust death camps and the attempted annihilation of the Jewish people.

It’s time for Democrats to walk the walk, and for David Boren that means returning his stolen Nazi art back to its rightful owner.