It’s Only a Business Decision, Not Personal

It’s Only a Business Decision, Not Personal
Ron Knecht 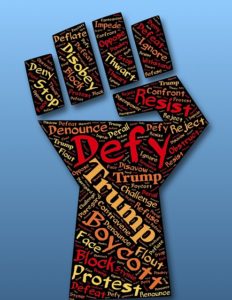 Ron is boycotting the National Football League, but for reasons you’ll soon learn, James is still very much interested.  So, this column is James’s full responsibility.

Let’s take a look back at a coaching decision by a future Hall of Fame NFL coach.

Back in 1991, this man was hired for his first head coaching position.  He was hired to lead a franchise with a rich history and tradition of winning.  The team had been as far as the AFC championship game three times in the previous six years, losing all three times to the same opponent.

He had a great resume.  He was coming off his second Super Bowl victory as a defensive coordinator, and was also one of the youngest head coaches in the league at the time.

He began with two losing seasons, but the 1993 season looked promising for the first nine games, and his team was in first place.

That’s when this coach cut the quarterback who may have been the most popular player in franchise history since the 1960s.  The quarterback who was brought in to replace the local hero was out indefinitely with a shoulder injury.  So, the starting job went to the third-stringer.

Though it was just a business decision, it would make the coach one of the most hated men in the city.

According to an article in Sports Illustrated November 22, 1993 titled, “The Last Straw,” the owner said about his coach: “He’s had difficulty with people.  He’s nervous, shy, withdrawn.  He won’t be master of ceremonies at many banquets.”

The article continues: “Several recently departed [players] … have blasted their former boss for being an automaton who offers no positive motivation and sees players only as faceless cogs.”

The quarterback was picked up by the Dallas Cowboys just two days later to back up future Hall of Famer Troy Aikman.  When Aikman suffered a concussion in the 1994 NFC championship game, the new quarterback came in and won the game, sending the Cowboys to the Super Bowl.  There the Cowboys beat the Buffalo Bills, giving this quarterback the ring that had eluded him with his prior team.

That left the fans of that proud franchise even more enraged with the business decision by the head coach most season ticket holders then wanted to see fired.

The decision to cut the starting quarterback and one of the most popular players in franchise history was a difficult decision to make.  Most coaches would not have taken that risk, especially with the best backup out indefinitely with a shoulder injury.

The next season, the team made the playoffs and won a playoff game.   However, the fifth year, facing an impossible situation with the franchise announcing a relocation mid-season, the team lost 11 games and the coach was fired with a five-year record of 36 wins and 44 losses.

The quarterback who was cut?  He started only two more games after that NFC championship game and retired in 1996.

The first team Kosar played for?  The Cleveland Browns.

And the coach?  After being fired following the 1995 season, he returned to a defensive coordinator position under his mentor, Bill Parcells.  He was named the future head coach of the New York Jets, scheduled to take over when Parcells retired.

He did take the reins as the Jets’ head coach upon Parcells retirement in 2000.  For one day.

Then he resigned to take another head coaching position: head coach of the New England Patriots.

If you have not guessed by now, the coach is Bill Belichick, the five-time Super Bowl winning head coach, coaching for a sixth ring this Sunday.

Belichick’s legacy?  He will not keep any player that he feels cannot help his team win.  He makes good business decisions.

Belichick thought Kosar’s best days were behind him, and except for one brilliant playoff game, they were.

He has made similar decisions with great players in a Patriots uniform, and now no one questions his genius.

Love him or hate him, you have to respect him.  (And, yes, James is a Patriot’s fan.)