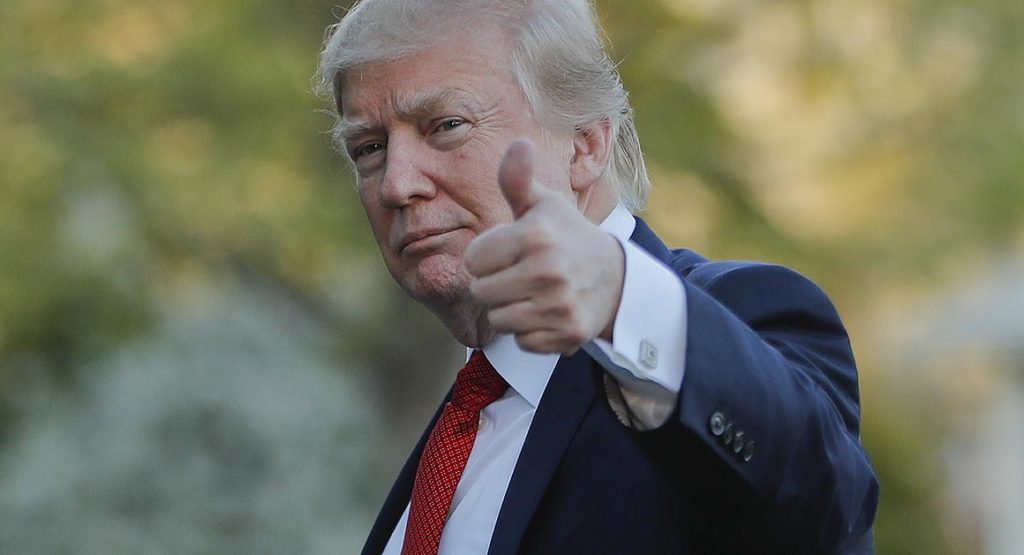 You know what the lefty media wants?

They want to send Lester Holt on a tour of flyover country so he can do a series on disgruntled Trump voters.

They want to send Anderson Cooper out to a pig farm in Indiana to get a farmer to complain about President Trump’s tariffs on China.

They want to send David Muir out to a Middle American town in maybe, Oklahoma, to interview a pro abortion activist about what a horrible choice Trump made to replace retiring Associate Justice Anthony Kennedy.

They want to whistle through the graveyard of their own hubris.

They are just SO sure that Donald Trump is hated by a majority of the American people.

There is only one problem with that.

And, sure, a new Justice may well take some positions which some people will not like.

But it will not affect the President’s popularity among his fans.

Let me tell you how I know.

In my job as the CEO of USA Radio Networks’ parent company, I meet hundreds, even thousands of people in a year.  I meet them in the towns I go to, I meet them on Southwest Airlines and I meet them when they call us because I answer a lot of phone calls.  Except for the latter contacts, most of them have no idea who I am or what I do for a living.

Last weekend, I had a typical meeting.  I went to a national chain to get a haircut and the stylist was someone I had never met before.  She was probably in her early 40’s and a very talented, hard working example of middle class America.

About halfway through the haircut, the subject of the President and the media came up and she was off to the races.

She told me that she sharply limits her viewing of TV news because it was so depressing, they way they treat the President.  And she also mentioned her parents who are devoted to viewing Fox News.  “They watch Fox and torture themselves,” assuming that Fox’s coverage was more fair than the rest of them.  At that point, I told her who I was and explained that after the purge of Bill O’Reilly and a number of other Fox executives, that outlet is beginning to sound like CBS.

I explained that the polling the lefty media is so fond of is virtually useless because we now live in a world without phone books so it is virtually impossible to get a fair sample.  The only polling which really counts deals with trends like right track/wrong track where Trump leads the league.

(By the way, with not great material to work with, she did a great job on my hair.)

This woman was very typical of the many people I talk to in a year.

She’s probably not going to march in a pro-Trump demonstration because she’s too busy making a living.  She might not even go to a Trump rally were there to be one in her town, because it might conflict with other areas of her life. She’s busy living her life.  Politics is not the biggest thing in her life.

But she and her parents will vote for the President.  They will send a message straight from flyover country to the Astroturf which hates the President and will do anything, say anything, resist anything rather than actually see our 242 year old experiment in self-government work like our forefathers designed it to.

Our founding fathers weren’t perfect, we’re not perfect.  But the concept of life, liberty and pursuit of happiness still works, even in the face of that sort of obstructionism.

It works because of people like the very nice and talented lady who cut my hair last week outnumber the Trump-haters and the neverTrumpers.  By a margin that will stun the opponents when the elections happen, just like they stunned the crooked FBI agents whose texts the Department of Justice Inspector General exposed.

NN&V StaffFebruary 7, 2020
Read More
Scroll for more
Tap
The Nevada Liberal Who Cries Wolf Has Finally Actually Found One
Amazon’s No-Profit Model: Bleed Competitors To Death – Then Do Exactly What They Did
Skip to toolbar