A Lie is a Lie…Even if It’s against Sisolak 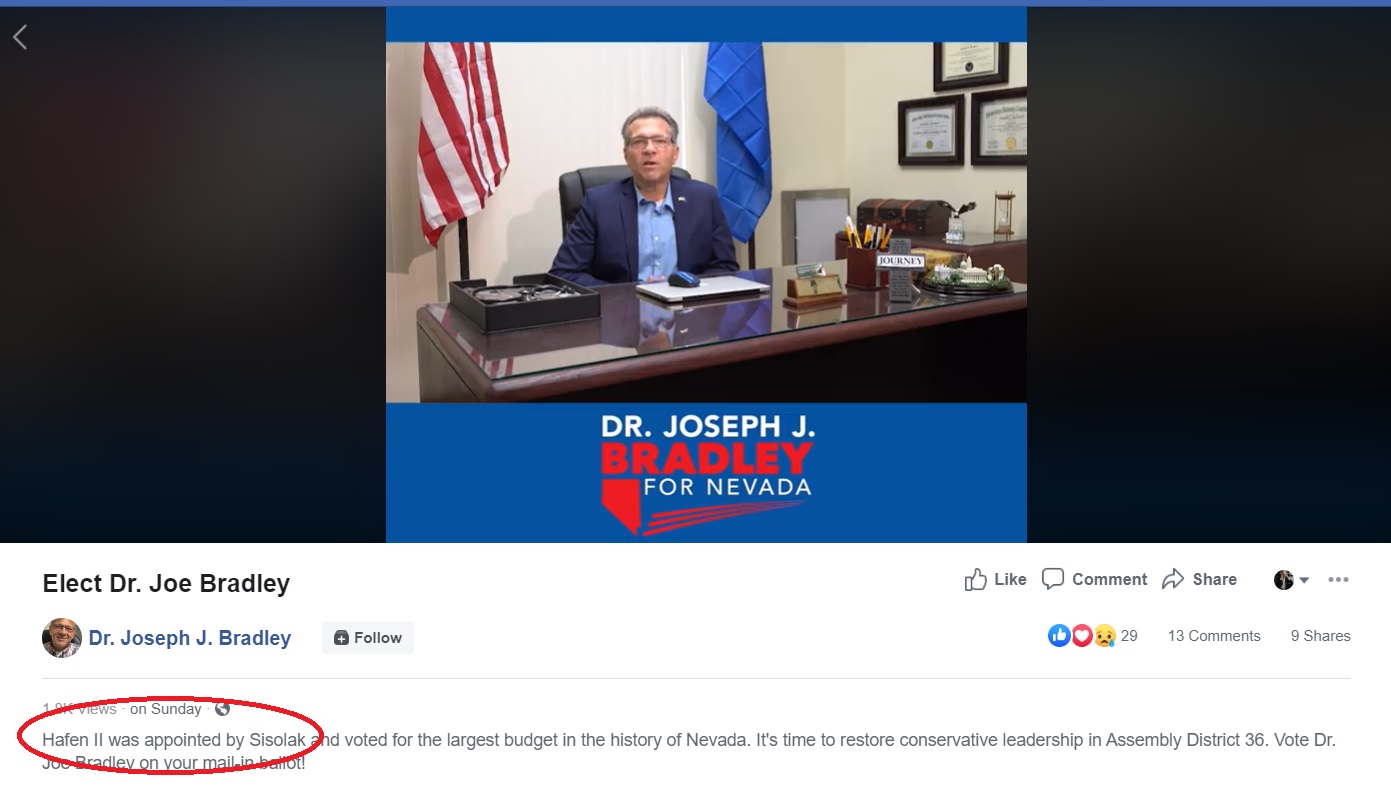 And in a mailer this week, Bradley repeats the claim that “Hafen Was Appointed by Steve Sisolak.” 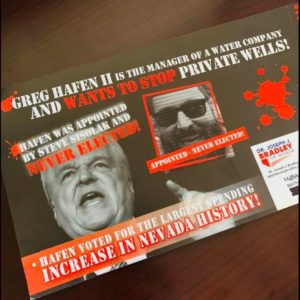 After my friend Assemblyman Dennis Hof passed away in 2018 – three weeks before winning the AD36 seat in the general election – the county commissions of the three counties (Nye, Clark and Lincoln) encompassing the district voted for Dennis’ replacement.

But because Nye County accounts for 60% of the voting population of the district, whoever the Nye County Commission voted for to fill the vacancy was who was gonna get the seat.

And the five members of the Nye County Commission, not Steve Sisolak, voted to appoint Hafen.  To claim he “was appointed by Sisolak” is simply not true.

Look, I’ve got HUGE problems with the way the governor has bungled this coronavirus crisis.  And haven’t been shy about expressing them.

But it does our side absolutely no good to tell outright lies like this, no matter how much people might not like the governor right about now.  It hurts our credibility, in addition to being just plain wrong.

Dr. Bradley is campaigning as a “man of integrity” and “high moral character.”  If he is, he should immediately take this false Facebook video down and stop making this false claim in mailers or anywhere else.

A lie is a lie…even if it involves Steve Sisolak.

Nothing is Certain…Except Death and Taxes

In this era of pandemic panic, multiple business owners recently received a notice from the Nevada Department of Taxation and forwarded it on to me.  Take a look at the salt the tax man poured in the business community’s open wound…

“Although the Nevada Department of Taxation offices are closed to the public, taxpayers are still required to report and pay their taxes. Taxpayers can file their returns online at https://www.nevadatax.nv.gov/#, via US Mail/lockbox services, or the drop box at any of our four office locations.

Other than police, firefighters and the court system, not much other “important work” by state and local governments that I can see that shouldn’t be shut down the same way Nevada’s businesses have been shut down.

A couple days ago I noted the injustice of releasing murderers, rapists and thieves from jail over coronavirus fears while keeping 73-year-old Nevada businessman/professional gambler Billy Walters behind bars.

Walters was convicted by a New York jury (not a jury of his Nevada peers) of “insider trading” in a tainted FBI case in which an agent illegally leaked grand jury testimony.

Well, I’m happy to report that the Las Vegas Review-Journal reported this morning that Billy will be freed from prison this weekend and will serve out the remainder of his sentence on house arrest in San Diego.

Let’s just hope he doesn’t get arrested for walking alone on the beach!

Happy that Billy is being released, but he never should have spent a day in jail in the first place.

* On a personal note, many of you know my eldest daughter, Kristen.  Well, she’s now a refugee from Nevada.  Her and her boyfriend left Vegas yesterday morning and are driving cross-country as we speak.  They found work in North Carolina.  Obviously sad to see her go, but immensely proud of what a strong, independent young woman she’s become.  Vaya con Dios, Kay-Key!

“We need to reopen doors to our family owned restaurants. They have seen success with curbside/delivery. We can open with safe protocols. Get people back to work. Save these businesses. We are Americans. We are Southern Nevadans. We can reopen safely.” – Las Vegas City Councilman Stavros Anthony