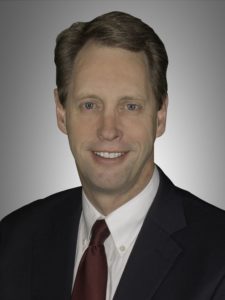 Nevada Right to Life and the pro-life movement commend Congressman Mark Amodei’s vote on the widely supported Pain-Capable Unborn Child Protection Act (H.R. 36) that would protect unborn children after 20 weeks — the point at which, if not earlier, science and medical practice confirm pain of the unborn. It is clear why NARAL Pro-Choice Nevada’s Cyndy Hernandez says almost nothing about the bill in her attack on Amodei’s vote.

Protections for the unborn are necessary at 20 weeks because science and medical practice confirm pain in unborn humans. By 20 weeks, all physical structures necessary to experience pain have developed. The unborn react to painful stimuli; their hormonal reactions consistent with pain can be measured. Fetal anesthesia is routinely administered and associated with a decrease in stress hormones compared to their level when painful stimuli are applied without anesthesia.

Northwestern University neonatologist Dr. Colleen Malloy says, “We resuscitate patients at this age and are able to witness their ex-utero growth and development … There is no reason to believe that a born infant would feel pain any differently than that same infant were he or she still in utero.”

Abortions at this stage include a method “in which the unborn child’s arms and legs are twisted off by brute manual force, using a long stainless steel clamping tool,” according to National Right to Life President Carol Tobias. United States Supreme Court Justice Anthony Kennedy writes, “The fetus, in many cases, dies just as a human adult or child would: It bleeds to death as it is torn limb from limb.”

Abortions at 20 weeks and beyond are not rare and are not only for what Hernandez calls “emergency medical problems” or for rape and incest. Published surveys indicate about 275 abortion clinics perform abortions past 20 weeks. But these and the number of late abortions may be vastly underreported. Some states have no reporting requirements, do not report on stage of pregnancy or may not enforce reporting requirements. Kermit Gosnell, convicted of murdering infants born alive during botched late-term abortions, probably performed thousands of late abortions but reported only one between 2000 and 2011.

Testimony regarding partial-birth abortions demonstrate that late abortions are largely elective, not for medical emergencies or rape and incest. The legislation on which Amodei voted provides clear exceptions for these rare instances.

Polling shows that the legislation enjoys wide support. Sixty-two percent of Americans, including women, support this legislation. Only 25 percent oppose. Sixteen states have passed pain-capable legislation. Hernandez, NARAL, Planned Parenthood and the abortion industry are out of touch with most Americans, who reject unlimited late-term abortions.

The United States is one of only seven nations, including North Korea and China, which allow elective abortion after 20 weeks. It’s time to pass the Pain-Capable Unborn Child Protection Act into law.

Don Nelson is the communications director for Nevada Right to Life, the state affiliate of the National Right to Life Committee, the federation of 50 state right-to-life affiliates and more than 3,000 local chapters, the nation’s oldest and largest grassroots pro-life organization.