Three Anti-Trumpers Down, Heller Next on Chopping Block

Three Anti-Trumpers Down, Heller Next on Chopping Block
N&V Staff 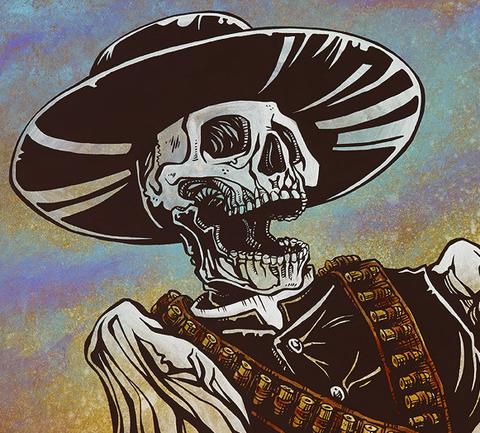 (Chuck Muth) – The writing is on the wall.  Unfortunately for the Republican Party establishment and liberal fake news media it’s written in conservative hieroglyphics so they don’t understand it.  Allow me to translate…

The invisible conservative ink began to appear earlier this year when GOP candidates who support President Donald Trump won all the special elections to replace elected officials who had been appointed to positions in the Trump administration.

The fake news media scratched its Borg-like head.  “How could this be?” they mused.  Voters are supposed to be having anti-Trump buyer’s remorse.  Why didn’t Democrats win ANY of those seats?

The writing became more self-evident, at least to true conservatives and anti-establishment Republicans, after the GOP’s establishment-controlled U.S. Senate failed to live up to its seven-year promise to repeal ObamaCare this summer.

Thus, appointed Republican Sen. Luther Strange of Alabama – despite the endorsement-under-duress of President Trump – went down in flames to conservative Roy Moore in last month’s special election primary.  Trump’s supporters understood what was going on.  And they were savvy enough to know that Moore, not Strange, was the guy who would really have Trump’s back in the coming battles ahead.

That election made the writing on the wall crystal clear to some anti-Trump GOP establishment figures.  Sen. Bob Corker of Tennessee, still smarting at being stepped over by the president for the Secretary of State slot, clearly read the tea leaves and realized he couldn’t win re-election next year.  So he quit.

Ditto anti-Trump Arizona Sen. Jeff “Snow” Flake, under fire from a serious GOP primary challenge by a pro-Trump conservative.  He, too, has now hung up his spurs; kicking and screaming and thrashing about as his political career gets flushed down the swamp drain.

The next two virulently anti-Trump Republicans on the radar are Sen. John McCain of Arizona and Sen. Ben Sasse of Nebraska.  But neither is up for re-election in 2018, so they’ll live to fight another day.  Which moves “DC Dean” up on the hit list.

Heller only won his election against a deeply flawed Democrat opponent in 2012 by about 11,000 votes out of almost a million cast.  In that same election, some 90,000 Nevadans voted for none-of-the-above or the third-party candidate in the race.

In other words, DC Dean has no room for error whatsoever.

But since then Heller became a #NeverTrumper who helped Hillary Clinton win Nevada, voted against repealing ObamaCare, spoke in favor of taxpayer funding for Planned Parenthood and opposed the presidential pardon of Sheriff Joe Arpaio.

In the flip-flopping process, he hasn’t won over a single Democrat voter while radicalizing an army of Nevada voters into #NeverHeller voters.  The writing is on the wall.  Even if he wins the GOP nomination, an iffy proposition for sure, he can’t win the general.

The Great Disrupter controls the White House soapbox and The Reckoning has arrived.