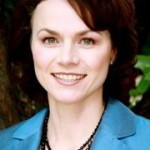 (Amy Tarkanian) – As has been reported, my husband Danny is contemplating a run for Congressional District 4. Throughout my time as Chairman of the Nevada Republican Party, I have strived to not only advance the party by increasing fundraising and voter registration, but also by showing that we are the party which is virtuous and ethical. So, in the spirit of fairness and what I feel is right, I have decided to step down as the Party Chair. Control of Congress is vital for the future of our country and the goals we have set for our party. I believe I can best serve the Republican Party by helping take a congressional seat that the Democrats have already included as theirs.

Despite a substantial Democrat advantage in registration, a recent and credible poll shows my husband is the favorite to win Congressional District 4. Results from the poll also indicate no other Republican candidate has a significant chance. The chair position is a neutral position and its job is to focus solely on electing Republicans and challenging the opposition. However, some State Central Committee members and Executive Board members have expressed concern that there could be a conflict with my husband running for office. Therefore, in order to avoid any perception issue or misunderstanding, I have decided it would be in the best interests of my family and the party if I step down and work alongside my husband full time.

When I began as Chairman, I wanted to bring credibility and enthusiasm back to the party. The 2012 elections are going to be crucial for our country and Nevada is a battleground state, vital to the future success of the Republican Party. It appears our upcoming caucus will be a deciding factor in our party’s nomination for President. Many in our party have worked tirelessly to make the caucus a success and have asked me to stay on as Chairman until the caucus is over. As such, I will see my term through February the 5th.

I am very proud of what we have accomplished and confident of our future. With the help of our Executive Director, I believe that I leave the party well positioned to move forward through these crucial elections. There are always disagreements within the party, but that is not unexpected in any political organization. We are stronger and more enthusiastic today then we have been in recent years. I am proud that the Nevada State Republican Party has raised more money in the past seven months than the entire amount raised during the past 2 1/2 years. The Republican National Committee and National Senatorial and Congressional Committees have committed substantial resources to our State and are excited about our prospects. We are slowly and surely reducing the registration advantage Democrats have in this state. I want to thank everyone in the party who has helped me in my endeavors as State Chair and look forward to working with you in the future.

N&V StaffOctober 3, 2021
Read More
Scroll for more
Tap
Nevada Candidate Reporting Catches Up To The Electronic Age
Warning: Trying to follow Harry’s reasoning on any issue might cause whiplash