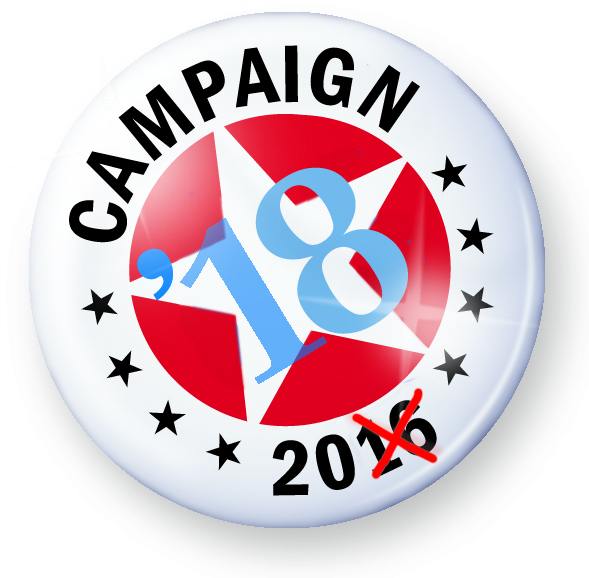 (Chuck Muth) – The body of the 2016 election cycle wasn’t even cold before Republicans with gubernatorial visions dancing in their heads started testing the 2018 waters in Nevada.

The wannabe gubers would replace term-limited, tax-hiking, #NeverTrump RINO (Republican In Name Only) Gov. Brian Sandoval who, despite his pearly white chompers and perfectly coiffed hair, has been an absolute disaster for the Republican Party and the conservative movement in Nevada.

Sandoval gave us the largest tax hike in history – including a new anti-business tax and Nevada IRS – grew government exponentially, and single-handedly killed the state’s landmark school choice program by not including a funding fix in October’s special session before he lost his Republican majorities in both the state senate and assembly.

But his true damage won’t even be realized until he leaves office, when his foolish Medicaid expansion begins to bankrupt the state as the feds cut their financial support.

Hutch is every bit the tax-hiking RINO as his boss.  Although he didn’t get to actually vote for the $1.4 billion tax hike, he was a supporter nonetheless.  He was also a card-carrying #NeverTrumper.

Heller has a pretty good voting record on fiscal issues, but he’s been a moderate/populist on a host of other issues that would hurt him in a contested GOP primary vs. a viable conservative.

And while he wasn’t a 100% #NeverTrumper, he was a self-admitted 99% #NeverTrumper – and Republican primary voters are gonna want to know how he ended up voting.  That could be problematic.

On the other hand, Heller would be a slam dunk for re-election to his Senate seat.  There’s simply no viable GOP or Democrat challenger that could touch him.

The danger is, if he gives up his Senate seat to run for governor it’d be very possible for Republicans to lose the seat.  Heller only barely won four years ago and Republicans failed to pick up Harry Reid’s seat this year.

For the good of the party and the state, Heller should stick with the Senate.

But the possible candidacy that’s making Nevada conservative hearts go pitter-patter is Attorney General Adam Laxalt.  The million dollar question is whether or not he’s interested in making a run for governor while midway into his first term as AG.