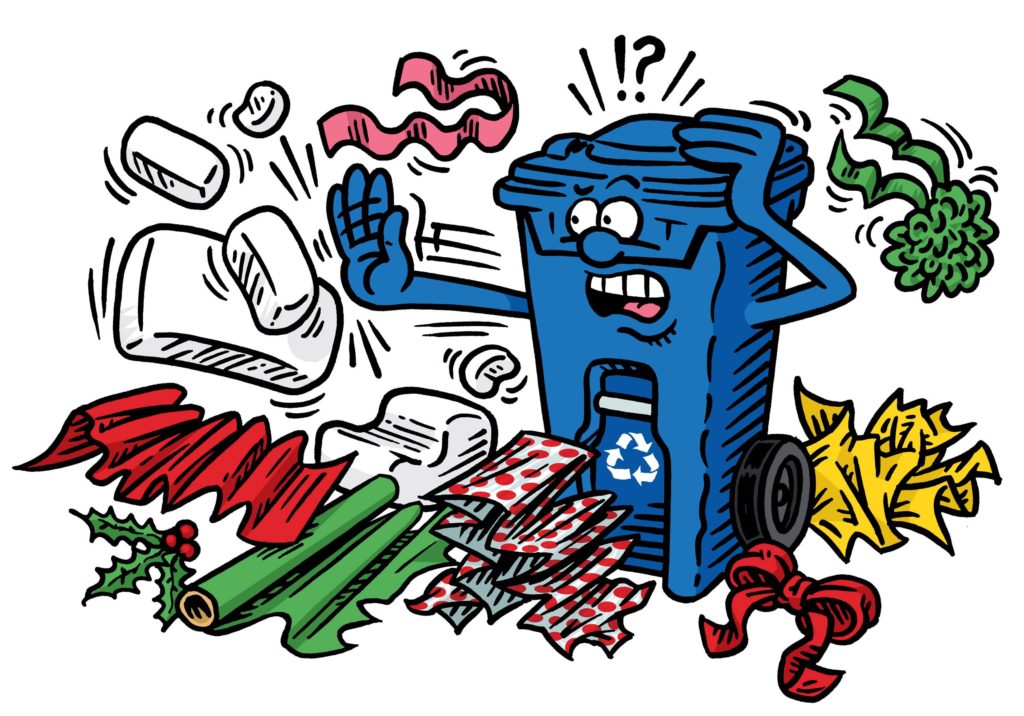 (Chuck Muth) – Do you recycle?  Not me.  Not after I watched Penn & Teller’s “Bullsh*t” episode about recycling a few years ago. If you missed it, you can watch the entire episode on Amazon Prime by clicking here.

Indeed, as Penn and Teller explain, the only thing that maybe makes financial sense is to recycle aluminum.  Which is why all the dumpster-diving homeless people are sifting through trash bins for cans and not much else.

So if you truly want to do something positive to help the environment while simultaneously helping the homeless, you should ONLY recycle your empty tuna and soup cans, put them in Hefty trash bags and hand the bags to those “Will Work for Food” people on street corners instead of cash.

The reason I bring this up is two-fold…

1.)  My neighborhood in Clark County recently got “single streamed” by Republic Services.

As Wikipedia explains it, single streaming means that “all paper fibers, plastics, metals, and other containers are mixed in a collection truck, instead of being sorted by the depositor into separate commodities and handled separately throughout the collection process.”

What it really means in reality is that my trash is now only picked up once a week instead of twice, and I now have one big trash can for recyclables instead of those three red, white and blue crates (that I never used).

It also means I now only get one Republic-provided trash can for my garbage.  And it means if I generate more trash in a week than will fit into that single trash can, Republic won’t take it.  No more separate trash in Hefty bags that can be tossed in the back of the garbage truck.

Frankly, it sucks – especially since my monthly bill for garbage pick-up wasn’t cut in half the way my service was.

2.)  Now, if you’re fortunate enough to live in Las Vegas, you haven’t been single streamed.  Yet.

According to an editorial in the Las Vegas Review-Journal last month, Republic’s monopoly contract for twice-a-week residential trash service in Las Vegas runs through 2021.

However, Republic is trying to get the city to extend that service now for an additional 15 years – including forced single streaming and reducing pickups to once a week.

But the big problem with this premature contract extension: No other trash pickup service is being allowed to even submit a competing proposal.  That’s not right.

Look, I understand that Republic has been picking up garbage in southern Nevada, quite efficiently and comparatively inexpensively since, I think, the Lincoln administration.  But let me ask you a couple of questions…

So what’s the harm in the City of Las Vegas opening up the process and allowing competitors to at least put on the table competing bids for trash pickup?  I mean, if Republic is so good, it should have no problem beating out the competition, right?

On the other hand, maybe – just maybe – there’s a company out there that will offer the citizens of Las Vegas a better deal.  And wouldn’t that be in the best interest of the constituents of the mayor and city council?

Again, what’s the harm in simply opening the process and seeing what’s out there?

One more parting thought on this…

Last month we had an election.  You may have read about it.

In addition to voting for a new president, the citizens of Nevada voted to open up the electricity market to competition.  Why should the garbage collection monopoly be any different?

Again, what’s the harm in Las Vegas opening the process and looking to see if another company is out there that can make twice-a-week garbage collection great again?  And if there is, maybe those of us in Clark County will get it back someday, too.