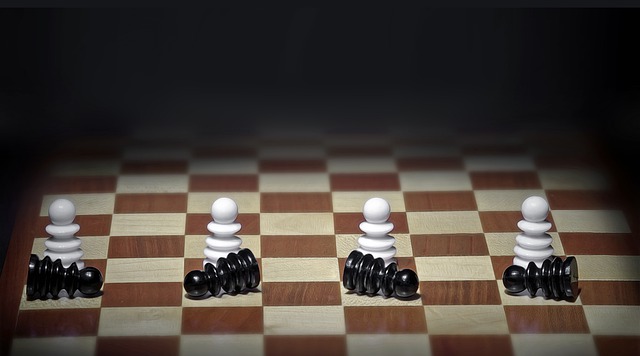 (Ron Knecht) – Last week, I wrote that our educators and media mislead people by claiming subjects such as social justice, systemic racism, equity, diversity and inclusion being introduced in our K-12 schools are not Critical Race Theory (CRT).
These subjects are simplified versions of CRT just as high school civics is in part an introductory version of Constitutional Law taught in college and law school.  And CRT and other Critical Theory subjects involving gender, ethnic, sexual preference and practice, feminism and cultures are all social neo-Marxism.  They’re simple-minded and destructive of human wellbeing and fairness.
In response, an acquaintance referenced my use of “alleged victimization” in today’s society, saying:
“I think of our countries [sic] slavery, I also think about jim crow.  Then there were poll taxes, lynching until the 1950’s.  Didn’t hear about the Tulsa massacre of 1921 until a few years ago.  The difference in pay between whites and blacks is pervasive.  We mustn’t forget about redlining either.  Segregation in our schools which still continues.  I went to college in the 1960’s in Louisiana and I saw first hand how the black community was treated.
“And now states are passing laws to make it more difficult for the blacks to vote.  And many states are passing are passing laws forbidding the teaching of black history.  I truly don’t understand this thought process.  What am I missing Ron?”
First, he’s missing the clear progress his parade of horribles illustrates.  Yes, America joined the rest of the world in the evil tradition of slavery.  We didn’t invent it and were not unusual in it.  But our Constitution included the revolutionary aspirational statement: “All men are created equal.”
We moved ever more toward our aspiration until we led the world in this regard.  In our Civil War, a larger fraction of white Americans died than in any other conflict – to end slavery.
Jim Crow, poll taxes and lynching were bad, but not as bad as slavery.  I heard about Tulsa long ago, as well as the government’s syphilis study crimes at the Tuskegee Institute.  Pay gaps have long been closing, and redlining has ended.  School segregation is now mainly due to residential segregation.  The South in the 1960s?  A higher percentage of blacks now vote in some southern states than whites.
It’s a lie that states are now passing laws to make it more difficult for blacks than whites to vote.  He refuses to recognize the inherent fairness and reasonableness of voter ID.  It’s also a lie that new laws forbid the teaching of black history.  They forbid the lies of alleged social justice, systemic racism, equity, diversity and inclusion.
We still have a way to go.  However, I challenge anyone to show me another major nation that’s doing better.  Racism and related issues?  Chinese communists versus Uighurs.  Tutsis versus Hutus.  Iran versus the Jews.  Japanese versus the world?
So, listen to Derrick Wilburn, a black man, in his recent address to his school board:
“I’m the direct descendent of the North American slave trade. … I’m not oppressed and I’m not a victim. … I am treated with kindness, dignity and respect, literally from coast to coast. … We are not victims of some unseen 190-year-old force that kind of floats around in the ether. …
“I can think of nothing more damaging to a society than to tell a baby born today that she has grievances against another baby born today simply because of what their ancestors may have done two centuries ago.”
Black radio host Larry Elder explains some lingering inequalities we’re trying to end:
“The number one problem domestically in this country is the breakdown of the family. … A kid raised without a dad is five times more likely to be poor and commit crimes, nine times more likely to drop out of school and 20 times more likely to end up in jail. …
“The biggest problem that black people have … is the percentage of blacks, 75 percent of them, that are raised without fathers.  And that has every social negative consequence connected to it: crime, not being able to compete economically, … being more likely to be arrested.”
That’s what you’re missing.
Prev postNext post
Related ItemsRon Knecht
Opinion
Ron Knecht