The Importance of Leadership
N&V Staff 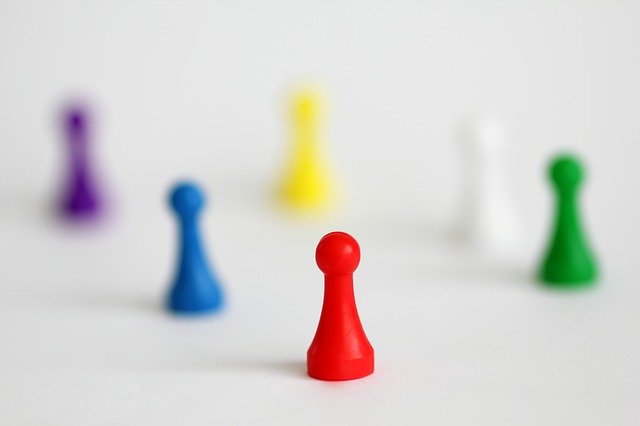 Image by InspiredImages from Pixabay

(Tom Heck) As all Americans have witnessed over the last several weeks, the horrors in Afghanistan are revolting and most agree it didn’t need to happen.  The chaos and failure to protect Americans and our allies in Afghanistan is the direct result of an absence of leadership and the worldwide projection of weakness by the Biden Administration. Unfortunately, what President Biden and his administration doesn’t understand is that when our political leadership is absent bad things happen.  Our enemies are now emboldened and our allies have stopped trusting us which jeopardizes the safety and well-being of Americans and our allies.  President Biden’s failure to lead has created chaos and death, none of which would have occurred under President Trump given his steadfast projection of genuine leadership and strength!

We all watched in horror when our thirteen brave American soldiers and hundreds of innocent allies, including women and children, were killed by a suicide bomber at the Kabul International Airport on Women’s Equality Day.  What should have been a day in which we celebrated the accomplishments and struggles of the strong women and girls we love and admire, instead was a day that we watched the worst foreign policy debacle in American history unfold before us in real time.  President Biden foolishly and arrogantly ignored his military advisors and others who know better about how the US withdrawal should have occurred and that for which President Trump had planned and negotiated.

Unfortunately, the leadership failure we’ve experienced under President Biden extends down to our state and local governments as well.  Crime rates are skyrocketing across the country in our biggest cities, including Las Vegas and North Las Vegas. Did you know the Las Vegas crime rate exceeds that of New York City?  Did you know that the murder rate in North Las Vegas has increased over 500%?

The riots in Portland continue unabated to this very day with political leadership absent. Shootings have increased nationally by upwards of well over 100%. Assaults of all types, especially against women, children, and minorities on our city streets continue with no consequence because our “woke” liberal politicians have stifled the morale and the ability of our brave men and women in law enforcement to do their jobs. Our southern border is almost non-existent and we now have 100’s-of-thousands of unvetted and unvaccinated people in our country, whereabouts unknown. In many of our big cities, the homeless openly pilfer the shelves of local businesses with impunity and harass, assault, and steal from citizens as well. Many of our court systems have failed. We’ve all seen the reports of judges returning criminals to the streets even before the police report on the initial crimes are filed. Many “woke” liberal politicians in our cities have enacted no cash bond policies, which have further endangered our citizens and our communities, especially women, children, and minorities. We have sanctuary cities where criminal illegal immigrants are protected and innocent, law abiding citizens suffer, sometimes even losing loved ones. Illegal immigrants are revered and our brave police and other first responders are demonized.

This crime wave has come to Nevada as a result of the feckless leadership of Governor Sisolak and his cadre of politically elite, big money Democrat supporters. The current Governor of Nevada and his liberal big money pals have made sure we don’t hear much about his lack of leadership and the pain it has caused for Nevada’s families, communities and businesses, especially women and minority owned businesses. The liberal media are in cahoots with the liberal politicians, including Sisolak, to ensure all of us have been kept locked down, our small businesses, especially women and minority owned businesses, are crippled under threat of legal sanctions while the taxpayers in Nevada are silenced and stripped of their power to take care of their families and enjoy the freedoms to which we are all entitled by God as Americans.

The real question is, why is this happening? This is not rocket science.  The answer is a simple one.  It’s happening because we have politicians, like Sisolak, and bureaucrats who are not leaders.  They fail to understand their job is to solve problems and work to produce successful outcomes for the people who elect them and pay them. These politicians and bureaucrats ignore the needs and desires of those they serve and they think we haven’t noticed!

Governor Sisolak has proved he is not a leader. In fact, he has failed at every metric of leadership; i.e., leading people, leading change, engaging important stakeholders (like you and me), business acumen, and political astuteness.  As I’ve been travelling throughout our Great State, many Nevadans have ask me, “Where is Sisolak?” My answer: The current Governor is AWOL as he plunders Nevada’s riches and the opportunities our Great State affords us all.

Governor Sisolak took away our freedoms and destroyed our economy and our small businesses, not to mention the ability of our children to access their right to a free and public education, by forcing us to where masks and stay home. This should not happen to anyone living in a free country.  Like all Americans, Nevadans are smart; give us the facts, tell us what we should consider to protect ourselves, our families, our businesses and our communities, and we’ll do the right thing.  Finally, after almost a year and a half, the five real truths about COVID have been revealed.  I encourage all of you to view https://video.foxnews.com/v/6268535374001/.  Is it any surprise that one of those five real truths is that masks don’t work?  Did you also know that when young children wear masks they suffer high CO2 concentrations that cause cognitive deficits after only 3 minutes of mask wearing?  Do we really want to put our children, our businesses, and our communities in this sort of peril based on the order of an ill-informed and woke liberal politician, like Governor Sisolak, and his incompetent bureaucrats who consistently ignore the science?

Sisolak and Biden share the same playbook to control us and to keep themselves protected and in power.  They seem to think we won’t notice how their failures have hurt our ability to live and prosper.  I’m running for Governor because, like you, I have noticed and I’ve had enough!  It’s time for real leadership in our Great State.

It’s time to rid ourselves of the politically elite who believe they are in charge and fail to appreciate they work for us, not the other way around. It’s time to rid ourselves of career politicians and bureaucrats who focus on keeping their jobs rather than doing their jobs.  It’s time to tell those politicians who talk one way and vote another that they are no longer welcome on the dole we support through our hard earned tax dollars. I am a real leader.  I have the courage to lead and the experience, education and intestinal fortitude to live by my commitment to always do the next right thing.  We all owe our children a promising and bright future that’s limited only by their own drive and imagination.   I promise each Nevadan that we can and will give our children a life better than what we have now and one that they will share and improve upon for their own children one day.

A vote for me puts a strong, tough leader in Carson City who has protected American freedoms for 23 years while on active duty in the United States Air Force. I have a history of successfully making some of the toughest life and death decisions real leaders are called to make. I will always stay focused on improving outcomes for our Great State and the people who live, work and play here.  I will never forget that I work for you.  You have my word that as your next Governor, I will solely focus on doing what’s best for all Nevadans and ensuring Nevada’s government work for you.

Call Tom at (775) 393-0500. He actually answers his phone!  He always looks forward to talking to people and answering their questions as we work together to get Nevada back on track by entrusting him with their vote to be the next Governor of our Great State of Nevada!

Check me out at https://ThomasHeck.org