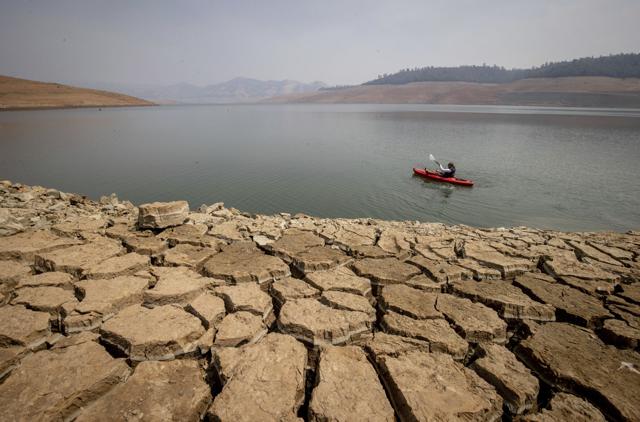 The governors of 10 western states recently sent a letter to Biden asking him to declare a Federal Emergency Management Agency (FEMA) drought disaster, which would shore up additional funding for several states currently experiencing severe drought conditions and wildfires.

The 33 representatives who signed on to the letter Wednesday asked the president for “an expeditious approval” of the governors’ request.

“This drought could have long-term impacts on the food supply, wildlife, and livelihood of Americans in the West as these conditions persist,” the letter said.

“The Governors of these Western states have stated that they do not have the resources necessary to face this crisis without additional investment and support from the federal government,” the letter continued. “Given the scale and scope of this problem, we request an expeditious approval of this request.”

According to the U.S Drought Monitor, significant parts of California, Nevada, Utah, Oregon, and Washington are experiencing “Exceptional Drought.”

“More than 2.4 million acres have burned in 88 large fires and complexes in 13 states,” according to the National Interagency Fire Center.

California has seen more than 1.6 million acres burned so far, according to Cal Fire.