Marquez and other defendants were alleged to have operated a criminal enterprise in Las Vegas called Majestic Group, LLC that defrauded Nevada homeowners using a foreclosure avoidance scheme. Defendant Marquez admitted that he promised clients that they could sell their underwater homes to Majestic Group at fair market value, and then Majestic Group would subsequently sell their homes back to the clients at affordable prices. After placing their trust in Marquez’s operation, several clients fell victim to the scheme and lost their homes to foreclosure as a result. Defendant Marquez further admitted that he, on behalf of Majestic Group, collected large upfront fees along with monthly payments, totaling between $10-18,000 per victim. In total, the business collected $1.2 million from homeowners through this scheme.

“Scammers often target vulnerable individuals who are struggling financially to maintain their homes,” said Laxalt. “This sentencing demonstrates my Office’s commitment to aggressively pursuing these fraudsters.”

Eighth Judicial District Court Judge Carolyn Ellsworth sentenced Marquez to a maximum of 144 months in the Nevada Department of Corrections, with parole eligibility after 54 months.

An indictment is merely a charging document; every defendant is presumed innocent until and unless proven guilty in a court of law.

This case was investigated and is being prosecuted by the Attorney General’s Fraud Unit.

To read the criminal indictment, click here. To file a complaint about someone suspected of committing a fraud, click here. 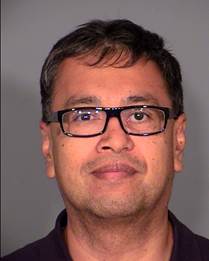