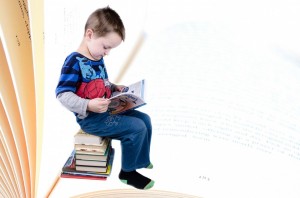 Ralston full of sound and fury in defense of failed education system, but short on solutions

Jon focuses his complaints on two exemptions the Treasurer’s Office included in the final regulations. For starters, then, I take it he is otherwise OK with our regs and S.B. 302 – educational choice for Nevada parents?

Let’s focus, however, on his objections to the military and kindergarten exemptions.

On the first, he may be technically correct. But that’s why we held hearings (none of which Jon attended). After hearing members of military families, our office felt that if we can help, why shouldn’t we? The Interstate Compact says we should – as do laws of common respect for the military which our state honors.

Jon responds not with any answers, but by asking more questions.

On the proposed kindergarten exemption, the law expressly states that parents of children ages 7 to 18 can open ESAs and must meet the 100-day requirement. S.B. 302, however, is silent on those under age 7.

The Distributive School Account that funds public school children – and will fund the ESAs – currently includes an allocation for those in kindergarten. So logically, the Legislature intended to include them within the purview of S.B. 302 while excluding them from meeting the 100-day requirement. Legislators didn’t expressly say that, which is why we included this clarification in the proposed regulations.

Again, Jon dances around this issue by throwing out more questions without answering them.

Take a step back and ask yourself, Jon, what wrongs are the treasurer’s regulations trying to right? The answer: years of throwing billions of dollars at the public schools that have left Nevada 50th or 51st among the states on public education.

Don’t you think it’s time to let the parents have their turn at bat?

N&V StaffSeptember 29, 2022
Read More
Scroll for more
Tap
If it walks like a duck, and quacks like a duck it must be a goat
Beloved Dancing Cop Gets Canned over “Black Lives Matter” Brouhaha