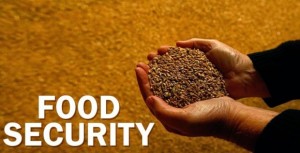 (Seton Motley) – I am about as huge a free trader as anyone you’ll read or meet. Because it is in fact yet another less government issue. The less government gets in the way of peoples trading freely – the better it is for everyone.

“Trade Wars” actually aren’t about trade — they are about government trade policy.

If peoples are trading freely, there isn’t a “War” – there’s commerce. The “Wars” only happen when governments get involved, placing tariffs, regulations and subsidies in the way of the flow.

It becomes a regulatory arms race. A government imposes another subsidy or tax. So several others in response impose new subsidies and taxes of their own. Lather, rinse, repeat.

We Americans are blessed with a (sadly, increasingly distant) history of capitalism – which gives us relatively inexpensive access to a cornucopia of goods. Manufactured here – and all around the world. And we of course want these goods to be as cheap as possible – hence the push for less government impediments thereof.

But not all trade items are created equal. Sometimes a bargain – isn’t a bargain. There are items with which we must be very careful. Some things shouldn’t be purchased from some peoples. And we must ensure that in dire circumstances we will always be able to produce them ourselves. To wit: national security items.

We purchase a lot of items manufactured in – and often by the government of – China. Who is at best a testy ally. (Why we borrow from them hundreds of billions of dollars – to fund domestic government waste – is light years beyond me. That’s another – though related – issue.)

China is increasingly adventurous in…stretching themselves. As but one instance, they are manufacturing artificial islands further and further from their shores – to serve in part as military outposts. There is a not insignificant – and increasing – possibility that we will one day be at loggerheads with them.

Which raises an important trade point. Purchasing shoes and televisions from them – is fine. Purchasing military equipment from them? Not quite so fine. And we certainly should never reach the point where we forsake domestic military manufacturing – in favor of international production. By China or anyone else.

There are a lot of trade items that reside under the national security umbrella. To wit: food. If you can’t eat – not a whole lot else matters. Food is likewise something of which we should never forsake domestic production.

There are a LOT of really stupid government programs. The many portions of the Farm Bill are certainly amongst them. The sugar program is one of these. There are many on the Right who have for many years called for an end to the sugar program.

Which is – on the surface – understandable. But diving deeper, you find it is inordinately short­-sighted – a fairly terrible move from a national security perspective.

First, this is not just a confectionery issue. Sugar is a staple – an ingredient in all sorts of foods. So don’t just think desserts. If you eat – you eat sugar.

Ending our program would be a very small political gain. Since 2002, it has actually only cost We the Taxpayers money…once – in 2013. Those other eleven years – the program never kicked in, and we never spent a dime.

And as we’ve discussed, global trade has transmogrified many of our domestic policies – into international policies. Our sugar program has helped create similar – in most cases MUCH larger – programs in sugar producing countries all over the world.

And the king of the world – is Brazil. They produce about half of the world’s sugar. In large part because they subsidize huge – to the tune of $2.5 billion per annum.

Were we to unilaterally disarm, we would be replicating what the European Union (EU) did in the mid-­2000s. How’d that go?

(T)he European Union (EU), which supplied as much as 20 percent of global (sugar) exports in the 1990s, shifted from a net exporter to a net importer following sugar policy reforms in 2005.

Their reforms? Unilateral tear-­down of their sugar program – which sounds good. Except it allowed Big Sugar Subsidy Brazil to flood their market – and wipe out nearly all domestic production. And the EU ended up paying about 25% more for sugar.

The higher costs are bad enough. If the world gets really crazy (like it would appear to be doing…right now) – international trade gets increasingly dicey. Which means an EU unable to produce a basic food staple – would be in a world of hurt should trade actually slow down…or stop altogether.

Thus is domestic food production a national security issue. For the EU – and for US.

So rather than myopically focusing on a minuscule political gain – we must think bigger. Bigger picture – and freer trade.

The world’s sugar-producing nations need to sit down together, each with a copy of everyone else’s lists of protectionist sugar policies. And start horse trading.

“Brazil – how about if you get rid of this subsidy, we’ll each get rid of one.”

The former is a tiny win over a tiny, ridiculous policy. The latter is a national security imperative.

Seton Motley is the founder and president of Less Government.  Please feel free to follow him on Twitter (@SetonMotley) and Facebook.  This column was originally published on Red State on December 8, 2015.