Being Barbara Cegavske: Clowns to Left, Jokers to the Right

Being Barbara Cegavske: Clowns to Left, Jokers to the Right
N&V Staff 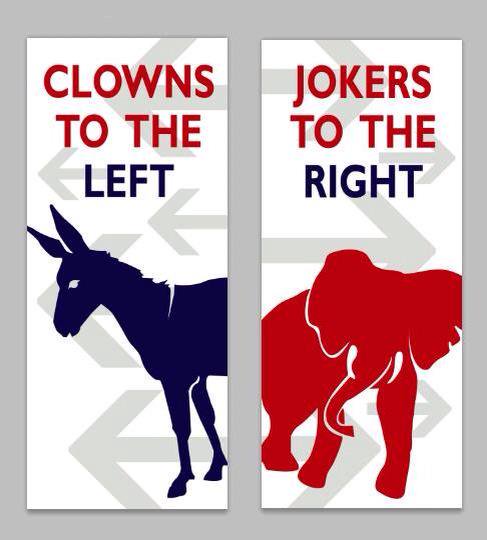 (Chuck Muth) – It ain’t easy being a secretary of state – especially if you’re actually doing your job in a professional, non-partisan manner.  In which case you attract gadflies and goofballs from both sides of the aisle.

Cegavske has been under attack by some fringe agitators on the right ever since the 2016 election over claims she hasn’t been sufficiently investigating election fraud.  These attacks are coming from people who not only don’t know what they’re talking about, but apparently don’t care that they are metaphysically misinformed.

That said, some of the wilder allegations of election fraud have not been resolved for a variety of reasons, including a lack of actual evidence enabling investigation and prosecution, legal restrictions based on Nevada law that tie her hands, and a total lack of cooperation by certain federal agencies intent on hiding the identities of known illegal aliens that could be matched up against the voter file to uncover the voter fraud that we all know exists but can’t yet prove.

None of which has stopped a small bevy of uninformed conservative cranks and social media oddballs from hanging her in effigy on their blogs, Facebook pages and YouTube channels.  And, incredibly, Assemblyman Jim Marchant – a fellow Las Vegas Republican who should know better – has been threatening to run against her in the June GOP primary.

But these jokers to the right have nothing on the clowns to the left.

In response to the release of the latest voter registration numbers – which show Republicans significantly cutting into the Democrats’ lead in Nevada – some guy named Jeremy Bird of an organization called iVote sent out a press statement filled with enough disinformation to make the infamous “Baghdad Bob” (ask your dad) blush.

“The Republican secretary of state Barbara Cegavske is exercising an antiquated statute to purge Nevada citizens in good standing from the voter rolls,” Bird wrote.  “This partisan purge is purposeful, unconstitutional, and dangerous to democracy.  It will not be tolerated.”

Bird’s “demonstrably false claims,” as the Secretary of State’s office characterized them, are filled with more manure than Farmer Brown’s dairy farm.

If this guy had any idea what he was talking about he’d know that there was no “purge” of any voters whatsoever of any party.

What happens every year – and this happens regardless of whether a Republican or a Democrat is in the secretary of state’s office – is that voters who have moved without notifying the local elections department, as demonstrated by mail being returned by the post office, are moved from “active” status to “inactive” status.

And all that means, as the Secretary of State’s office explained in its response, is “that election officials have reason to believe that those voters no longer reside at the residence at which they are registered to vote.”

Which means they are still registered to vote.  Which means no one has been “purged” from the voter rolls.  Which means Birds’ claims to the contrary are just blatant, flat-out lies of giga-colossal proportions.

Bird concluded his dishonest propaganda statement with an announcement that iVote – a liberal George Soros-funded front group – “will launch a six-figure independent campaign to remove partisan Secretary of State Cegavske from office.”

Ah, a repeated lie backed up with a threat.  Those Russians Hillary Clinton colluded with in the 2016 election should be so proud!

Suffering the slings and arrows of partisan jokers and clowns on both sides of the aisle simply goes with the territory for anyone crazy enough to want to be a secretary of state.  But that doesn’t mean such cockamamie claims and allegations should be taken at face value.

Unless you live in California where, as Hillary would put it, “What difference, at this point, does it make?”

(Mr. Muth is president of Citizen Outreach and publisher of NevadaNewsandViews.com.  He blogs at MuthsTruths.com)